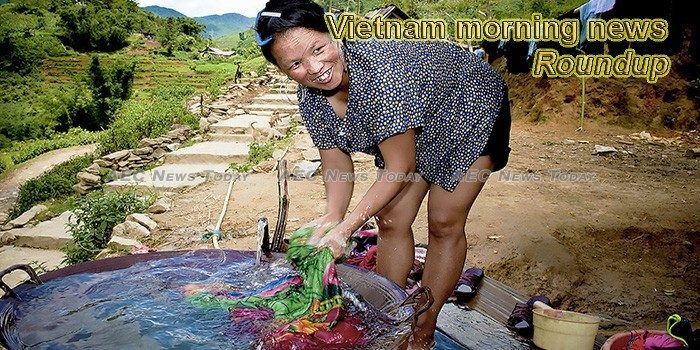 Vietnam is the region’s fintech hub
Vietnam’s strong economic growth in recent years has led to the flourishing of the nation’s digital economy. The country’s economy in 2017 was deemed to be one of the best performing in the region. Its economy saw a 6.8 percent increase in gross domestic product (GDP) – higher than the government’s initial target of 6.7 percent – making it one of the fastest growing economies in Southeast Asia.
— Vietnam Insider

Gas may bully coal in Vietnam’s $7.8 billion power project
Vietnam’s latest plans for $7.8 billion in gas-fired power projects may see the nation become one of the world’s newest liquefied natural gas importers and cut its coal use.
— The Jakarta Post

LNG may replace coal in Vietnam’s $7.8 billion power project
Vietnam’s latest plans for $7.8 billion in gas-fired power projects may see the nation become one of the world’s newest liquefied natural gas importers and cut its coal use.
— World Oil

Taiwan steel company has invested $183 mln in Vietnam
Taiwan’s Tung Ho Steel has invested a total of VND4.22 trillion ($183 million) in a plant in southern Vietnam as it seeks to take on local players.
— VnExpress

Vietnam Consolidates as China’s Main Partner in ASEAN
During 2018 Vietnam consolidated as China”s main partner within the Association of Southeast Asian Nations (ASEAN), with a trade of more than 106 billion dollars, was announced in Hanoi on Thursday.
— Plenglish

Casino business booming in Vietnam and other Asian countries
When talking about gambling in Asia, the first place that usually springs to mind is Macau – also dubbed the Monte Carlo of the Orient – and it is with good reason.
— Vietnam Insider

UK to help Vietnam improve quality of occupational trainers
How to improve the quality of trainers at vocational schools in Vietnam was the main theme at a workshop held on March 20 in the framework of a joint project on vocational training between Vietnam and the UK.
— VNA NET

American woman strips off, jumps to death off overpass near Hanoi airport
A woman identified as being of U.S. nationality climbed on top of an overpass near Hanoi-based Noi Bai International Airport, going naked and dived off it to death on Thursday morning.
— Vietnam Insider

Sacred giant turtle gets embalmed in Vietnam
A sacred giant turtle that died in Hanoi’s Hoàn Kiếm lake has been given a new lease on life by city authorities who have embalmed the beloved creature for posterity – and tourist visits.
— The Guardian

Trial of ex-leaders of Vietsovpetro begins
The Hanoi People’s Court opened a trial on March 21 for two ex-leaders of the Vietnam-Russia oil and gas joint venture Vietsovpetro on the charge of “abusing position and power to appropriate assets.”
— VNA NET

Vietnam attends international coffee, tea expo in Singapore
As many as 250 businesses from 28 countries and territories worldwide, including Vietnam, are participating in the International Coffee & Tea Industry Expo 2019 which opened in Singapore on March 21.
— Nhan Dan Online