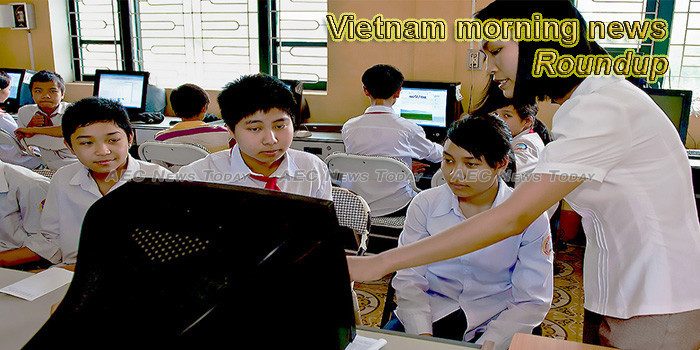 Vietnam aims to pocket US$30 billion from tourism in 2019
Vietnam’s tourism industry aims to reach total revenue of over VND700 trillion (US$30.1 billion) in 2019, said Deputy Minister of Culture, Sports and Tourism Le Khanh Hai at the conference on January 21 on tasks and orientations for 2019.
— VietnamNet Bridge

Vietnam to control inflation below 4 percent this year
The Ministry of Finance on January 23 informed that the Government has determined to control prices so as to keep inflation at a level of 3.3-3.9 percent and core inflation at around 1.6-1.8 percent in 2019.
— Sggp News

IZs, EZs attract $8.3 billion in 2018
Industrial zones (IZs) and economic zones (EZs) operating in the country lured more than US$8.3 billion in investment in 2018, a report from the Ministry of Planning and Investment’s Department of Economic Zone Management revealed.
— Vietnam News

Vietnam: New Laws to be in Effect in 2019
In 2018, the Vietnamese government passed several new and amended laws which are going to come into effect in 2019. The laws primarily focus on wages, environmental projects, food industry, rural development, cybersecurity, and administrative procedures.
— Vietnam Briefing

Viet Nam protects 75 domestic and foreign products?
Vi?t Nam has so far protected 69 products with geographical indications and six foreign ones. Over the past 10 years, the number of protected GIs has increased by 3.5 times.
— Vietnam News

Experts call for increasing economic value of straw
Experts called for making better use of straw – an agricultural by-product abundant in Vietnam’s biggest rice cultivating area of Mekong Delta – during a seminar held in southern Can Tho city on January 23.
— VNA NET

HR and Payroll in Vietnam – An Overview
After setting up a business in Vietnam, the next big hurdle is hiring the staff that you will need to help grow your operation. The initial hiring process and, ultimately, payroll administration can quickly become a complex and confusing process. Labor intensive sectors, such as manufacturing, are almost certain to face a significant degree of exposure to these challenges, while all companies setting up within Vietnam – from representative offices to fully foreign-owned enterprises – will face some — liability.
— Asiapedia

GrabFood expands to more cities
Grab has announced that its food delivery service, GrabFood, will be expanded to 12 more cities and provinces in Vi?t Nam, taking the total number where it is available to 15.
— Vietnam News