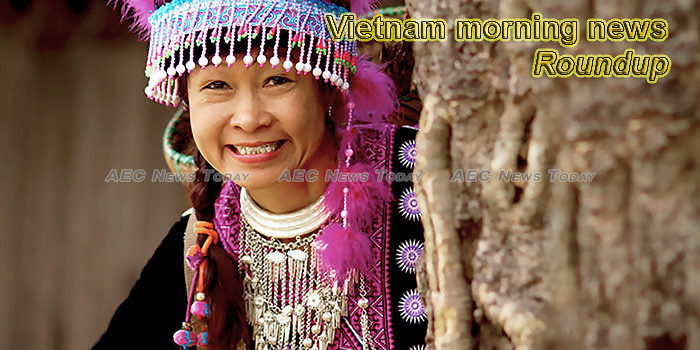 Vietnam sees US$55 billion in M&A deals made in a decade
Over the past 10 years, M&A activities in Vietnam have been growing strongly and become an indispensable part of the investment – business ecosystem in Vietnam.
— The Hanoitimes

EU stumps up $11mln for Greater Mekong wildlife conservation
The European Union (EU) has teamed up with wildlife and conservation groups in the Greater Mekong region, Malaysia, and China to try and disrupt the flow of illegally trafficked wildlife through the region.
— AEC News Today

Việt Nam earns $1.73 billion from rice exports in first seven months of 2019
Việt Nam exported 4.01 million tonnes of rice worth US$1.73 billion in the first seven months of 2019, up 2.1 per cent in volume but down 14.3 per cent in value from the same period last year, according to the Ministry of Agriculture and Rural Development.
— Viet Nam News

Vietnam trade surplus at $1.8B
Vietnam posted a trade surplus of $1.8 billion in the first seven months of the year, much lower than the $2.6 billion trade surplus seen in the same period last year, the latest report from the General Statistics Office (GSO) revealed.
— The Phnom Penh post

Vietnam faces bumpy road to be attractive destination for hi-tech investors
With limited resources, this is now time for Vietnam to consider placing importance on high-quality capital in order to elevate its labor qualification, technology and protect the environment.
— The Hanoitimes

Vietnam jumps 50 places on global cybersecurity index rankings
Vietnam ranked 50th on the Global Cybersecurity Index (CGI) rankings in 2018, up 50 places from a year earlier, according to a report by the International Telecommunications Union (ITU).
— NDO

VN’s logistics firms remain small despite potential
There are 4,000 Vietnamese businesses operating in the logistics field but most of them are small-scale with weak human resource quality, the Ministry of Industry and Trade (MoIT) reported.
— Viet Nam News

Hanoi narrows ‘made in Vietnam’ to block Chinese detours
The Vietnamese government is toughening standards for items to qualify as made in Vietnam, Nikkei has learned, seeking to address American concerns over Chinese goods being exported indirectly through the Southeast Asian country.
— Nikkei Asian Review (paywall)

Agricultural export value up 2% in first seven months of 2019
The agricultural sector gained US$23.03 billion from farming, forestry and fishery exports in the first seven months of this year, a year-on-year increase of 2 per cent, according to the Ministry of Agriculture and Rural Development (MARD). The figure includes $3.55 billion of exports in July.
— Viet Nam News

Health ministry instructs healthcare providers to prepare for coming heatwave
The Ministry of Health has ordered health facilities to map out response plans for a possible water shortage amid forecasts of a prolonged heatwave expected to hit the country in the coming days, especially in the central region.
— Viet Nam Net

Building positive business values to integrate globally
Building a positive company culture is not only building a business brand and a national image, but an effective bridge for local enterprises to sustain development and integrate successfully into the global economy.
— Viet Nam News

Chinese ship heads away from Vietnam in South China Sea standoff
A Chinese survey ship which has been embroiled in a tense month-long standoff with Vietnamese vessels has headed away from Vietnam’s Exclusive Economic Zone (EEZ), a Washington-based think tank said on Wednesday.
— ABS-CBN

Vietnam: 4 GW PV Installation Finished in Past Two Months
According to latest statistics from Electricity of Vietnam ( EVN ), The country has 82 solar power plants connect to power network in past two months, with total 4,464 MW, and it accounts about 8.28% in Vietnam electricity supply mix, which is far more than the 1,000MW target set for 2020.
— PV Magazine

Govt support and young population set Vietnam’s startup scene abuzz
VIETNAM, one of South-east Asia’s strongest-performing economies, is emerging as a hot startup hub in the region, courtesy of its young and digitally-savvy population and a government intent on turning the country into a technology powerhouse.
— Business Times

As Vietnam ages, retiree employment on the cards
Vietnam should consider employment for retired people as its population ages, the labor minister said Tuesday.
— VnExpress

More than US$22 billion of FDI capital invested in Mekong Delta provinces
Mrs. Huynh Thien Trang, deputy director of the Vietnam Chamber of Commerce and Industry – Can Tho Branch, said at a conference held on August 6 to welcome import enterprises from Singapore and other countries to Can Tho City to study the potential and business opportunities here that Mekong Delta provinces were invested more than US$22 billion from the foreign direct investment (FDI) capital.
— Sggp News

Building positive business values to integrate globally
Building a positive company culture is not only building a business brand and a national image, but an effective bridge for local enterprises to sustain development and integrate successfully into the global economy.
— VietnamPlus

Vietnam: Heroes rise from typhoon’s destruction
Typhoon Wipha has finally left Vietnam, leaving in its wake a trail of death and destruction.
— The Phnom Penh Post

Why Merchants in Vietnam don’t like credit cards?
Vietnamese merchants dislike credit card payments, and they are not alone. Vendors across the world are refusing to serve credit card customers.
— Vietnam Insider

Vietnam and Malaysia see increasing dengue cases
While the dengue fever situation in the Philippines has got to the point where health officials had to declare a national dengue epidemic, neighboring southeast Asian countries are also reporting increases in the mosquito-borne illness. Both Vietnam and Malaysia have seen recent increases.
— Outbreak news today