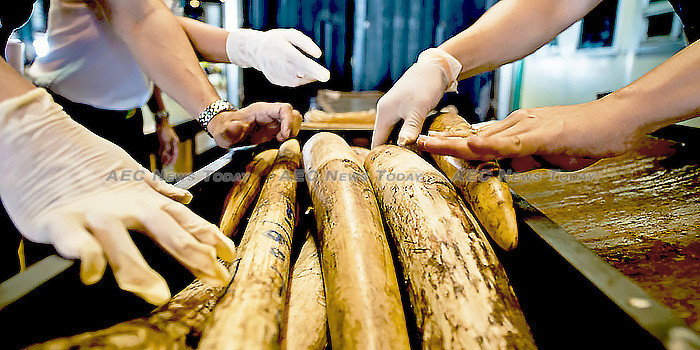 The European Union (EU) has teamed up with wildlife and conservation groups in the Greater Mekong region, Malaysia, and China to try and disrupt the flow of illegally trafficked wildlife through the region.

The €10 million (about $11.14 million) project which will run through until December 2022 will see the World Conservation Society (WCS) and Pan Nature working in close cooperation with Vietnam’s Ministry of Public Security’s (MPS) Environmental Crime Prevention Agency (ECPA) and the Ministry of Natural Resources and Environment’s (MNREs) Biodiversity Conservation Agency (BCA).

In 2016 the World Wide Fund for Nature (WWF) warned that the number of wild tigers in Vietnam may be less than five individuals, down from 30 in 2011, and was critically endangered. Following the death of the Vietnam’s last rhinoceros in 2010 it has been predicted that the tiger could be Vietnam’s next large mammal to be listed as extinct in the wild.

The EU announcement made in Hanoi last week said that the alarming figures showed the challenges Vietnam faces in fulfilling the global commitment it made at the St Petersburg International Tiger Conservation Conference in 2010 to double the number of wild tigers by 2022. Vietnam is one of 13 countries in the world with tiger habitats.

The announcement of the project follows the release of a report last month by the Environmental Intelligence Agency (EIA) titled Running out of Time.

Based on publicly available seizure data, the EIA report said Vietnam is implicated in over 600 seizures linked to illegal trade, including:

There appears to be no let up. On July 25 officials at Noi Bai International Airport in Hanoi discovered 125kg (about 276lbs) of rhino horn encased in plaster on an Etihad flight from the UAE worth around $7.5 million.

A few days later authorities in Hanoi discovered seven frozen tiger cub corpses in a car, while last week police in Vietnam’s Central Highlands found 30 pangolins smuggled from Laos on a bus. Four were dead, with the remaining 26 reported to be weak.

Describing the current state of wildlife conservation in Vietnam as quite bleak, Nguyen Thi Van Anh from the BCA told VN Express that “policy challenges, inadequacies, overlaps in species lists, and a lacking of regulations on handling evidence of illegal trafficking” were to blame.

Ms Nguyen said that resources for implementing campaigns and programmes for wildlife conservation are limited and wildlife habitats were being devastated by infrastructure construction.

“Wildlife conservation is not simply about recovering the number of a certain species, but also about the restoration of the ecosystem and the reproductive rate in a herd in nature”, she added.