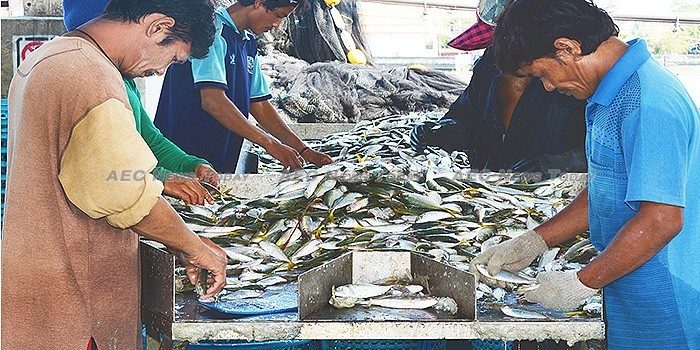 Protecting migrant workers rights and enhancing multi-stakeholder dialogue to prevent human trafficking between Thailand and Cambodia will be front and centre at an international conference in Siem Reap, Cambodia today, April 25.

Organised by Italian humanitarian non-governmental organisation (NGO) Civil Volunteer Group (GVC), the two-day gathering at the Hotel Angkor Miracle will focus on the topic: ‘Cross border cooperation on Labour Migration and Human Trafficking between Cambodia and Thailand: from policies framework to the implementation’.

Thailand remains the primary destination for Cambodian migrant workers. According to figures from Cambodia’s Ministry of Labour and Vocational Training (MoLVT) some 1.2 million Khmer work overseas, about 92 per cent of who are in Thailand.

In 2017 the International Labour Organization (ILO) and the International Organisation for Migration (IOM) estimated that up to 73 per cent of Cambodian migrant workers entered Thailand through irregular channels, placing them at risk of exploitation and abuse.

This year’s conference will be attended by senior representatives of both countries, including Chou Bun Eng, secretary of state and permanent vice-chair person of the National Committee for Counter Trafficking (NCCT) of Cambodia, and Choosak Apaipakdi, superintendent of the Anti-Trafficking in Persons Division of the Royal Thai Police.

Attendees will receive a briefing on Cambodian migration flow from You Sophear, deputy provincial governor and deputy chairperson of PCCT Siem Reap, while migrants and community representatives reached by the GVC and Partners projects will share their stories.

During last year’s National Anti-Human Trafficking Day celebrations in Phnom Penh Cambodia Minister of Interior, Sar Kheng, said there are still thousands of Cambodian migrant workers in Thailand who have not received the full legitimate rights that could protect them from abuses, despite Thailand and Cambodia signing a memorandum of understanding (MoU).

Claiming “workers in the fishing industry are most vulnerable to abuses”, Mr Sar called for “a separate agreement [with Thailand] which is of benefit to both [Thai] employers and [Cambodian] workers”.

On January 28 the Office of the UN Resident Coordinator in Cambodia also expressed concern that some migrants working in Thailand are not enrolled in public health insurance schemes and that their children are unable to attend school.

In a bid to regulate migrant workers Thailand enacted a migrant registration programme in 2018 with the aim of registering all migrant labour in the country.

In the wake of the programme Thailand has also recently introduced stricter anti-trafficking law including fines of up to Bt400,000 (about US$12,516) and/or imprisonment for up to four years. More severe penalties apply if a victim is harmed.