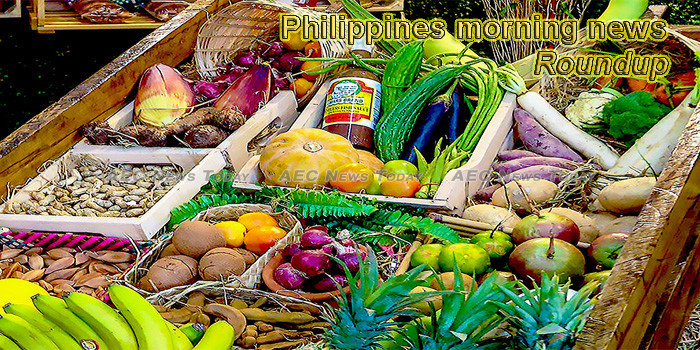 PHL retains Tier 1 ranking in latest US human trafficking report
The Philippines has retained its Tier 1 status in the US government’s list of countries that comply with international standards to combat human trafficking.
— GMA News

China broaches joint probe on boat ramming
China has proposed a joint investigation with the Philippine government of the ship-ramming incident where a Chinese vessel hit and sank a Filipino fishing boat anchored near Recto Bank in the West Philippine Sea to achieve a “mutually recognized results” as soon a possible.
— Manilastandard.net

900-B yen railway loans yet to be released
JAPAN is yet to release the 900 billion yen in loans that it had pledged for the Philippines to fund the country’s railway projects, according to the Japan International Cooperation Agency (JICA).
— The Manila Times

CoA bares P5.5M in ‘irregular’ foreign travel expenses at DoJ in 2018
THE Department of Justice (DoJ) spent P5.55 million on alleged government-sanctioned foreign travels, which were attended by the same people in 2018, the Commission on Audit said in its report.
— The Manila Times

SEC tweaks rule on REIT property manager
THE Securities and Exchange Commission (SEC) has proposed to amend rules covering the property manager of a real estate investment trust (REIT), in time for the issuance of such a product within the year.
— BusinessWorld Online

National savings growth slower in 2018 at 4.4%
The growth of the country’s total savings slowed to 4.4 percent in 2018, according to the latest data released by the Philippine Statistics Authority (PSA) on Thursday.
— Business Mirror

PHL’s resiliency projects not fairly distributed — WB
THE World Bank said the government needs to adopt a new method for estimating disaster damage that goes beyond asset losses, because the current approach tends to highlight the value of projects in or near the National Capital Region (NCR).
— BusinessWorld Online

SSS: Law requires protection for Filipinos here and abroad
REACTING to migrant worker solidarity groups decrying forced membership in the private pension body, the Social Security System (SSS) said it is duty-bound to implement provisions under Republic Act (RA) 11199, or the Social Security Act of 2018, to provide social protection for Filipinos, both based in the country and abroad.
— Business Mirror

DoTr to increase penalties for airport slot misuse
THE Department of Transportation (DoTr) said it will increase the penalties on airlines that “misuse” their airport takeoff and landing slots in a bid to decongest Ninoy Aquino International Airport, (NAIA) the country’s main gateway.
— BusinessWorld Online

Battle looms for SEAG control
There is a looming head-on collision between parties looking to control the organization of the country’s hosting of the Southeast Asian Games.
— Philippine Daily Inquirer

Lawyer of PhilHealth whistleblowers question their NBI detention
The lawyer of two whistleblowers who revealed the fraudulent claims supposedly made by their employer to Philippine Health Insurance Corp. (PhilHealth) on Thursday assailed a plan to transfer them to a detention cell at the National Bureau of Investigation despite their application for witness protection.
— Inquirer.net

JUUL Labs launches in PHL, offers adult smokers alternative
WITH the total number of smokers in the country projected to balloon by at least 250,000 every year, the clamor to increase the “sin” taxes continues to haunt tobacco manufactures and distributors.
— Business Mirror

No conflict of interest in lease deal – Duque
Health Secretary Francisco Duque 3rd on Thursday denied conflict of interest allegations arising from a lease deal, claiming he had not hidden the existence and was no longer involved in the day-to-day running of a family-owned firm from which Philippine Health Insurance Corp. (PhilHealth) was renting a building.
— The Manila Times

Lawmaker vows to push passage of mango development bill
Following the reported oversupply of mangoes, a lawmaker on Thursday vowed to push for enactment of the proposed Philippine Mango Development Act in the 18th Congress.
— Business Mirror

Unlike PH, Vietnam defends its fishermen vs China
Facing off with an Asian giant, Vietnam slammed China for hindering Vietnamese fishermen in the South China Sea, and demanded compensation for fishing boats driven away by Chinese vessels.
— Rappler

400 job order workers undergo random drug test in Negros town
The municipality of Sibulan in Negros Oriental is all out in the campaign against illegal drugs with the local chief executive initiating a random drug test for all job order employees (JOs).
— Philippine News Agency

DOTr, OPAV push for ‘Modern Cebu’
The Office of the Presidential Assistant for the Visayas (OPAV) is pushing for urban realm development to modernize the Cebuanos’ mobility.
— Philippine Information Agency