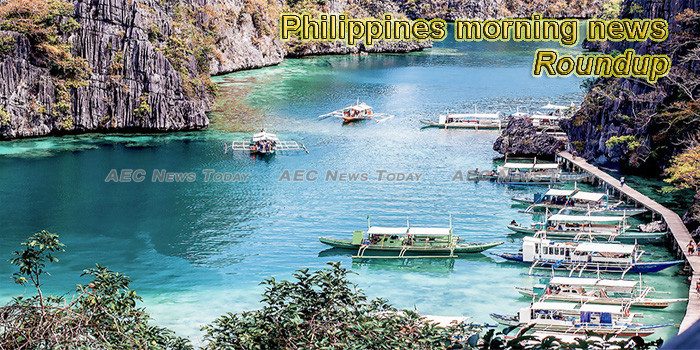 6 deals with Japan, China up for signing
The Department of Finance (DOF) expects six infrastructure projects funded by the governments of Japan and China will be signed within the first three months of the year.
— Manila Bulletin

P20B insurance readied for 25 provinces
The World Bank said it has renewed an insurance program to help the Philippines better respond to losses from climate and disaster risks, with the coverage effective since December 19 last year.
— Malaya

Gov’t printer denies breach, says passport data intact, accessible
There was no breach of data of Philippine passport holders, according to an executive of a government printer and Department of Foreign Affairs insiders, saying the software containing details of applicants are intact and still with the DFA.
— GMA News

Senate to delete DPWH’s P75 billion
THE SENATE will move to delete the P75 billion added to the budget of the Department of Public Works and Highways (DPWH) without its prior knowledge when the chamber reaches the period of amendments in its deliberations on the 2019 national budget.
— BusinessWorld Online

Duterte to march the streets to support to the Bangsamoro Basic Law
Defense Secretary Delfin Lorenzana confirmed on Monday (January 14) that President Rodrigo Duterte plans to fly to Cotabato City to join a massive rally on January 18 in support of the proposed Bangsamoro Basic Law (BBL).
— UNTV

Five infra loans to be inked in Q1
Loan agreements for five infrastructure projects to be financed by official development assistance (ODA) are expected to be signed in the first quarter of this year, the Finance department said on Monday.
— The Manila Times

PHL rice stockpile down 4.59% in December
The country’s rice stockpile as of December 1 reached 2.718 million metric tons, 4.59 percent lower than the 2.849 MMT recorded in 2017, according to a report by the Philippine Statistics Authority (PSA).
— Business Mirror

DSWD undertakes P95.4-M projects in Zamboanga
The Department of Social Welfare and Development (DSWD) is undertaking PHP95.4 million projects that will place all its support facilities in one location to better serve the agency’s clientele.
— Philippine News Agency

Too early to raise red flag on ‘Chinese takeover’ of Hanjin – analyst
t’s too early to tell if national security will be put at risk by a Chinese takeover of the Subic operations of troubled South Korean shipbuilder, an analyst said Monday.
— ABS-CBN News (video)

PayPal to open 1-K jobs in new Manila office
Global payments leader PayPal has set its sights on creating more than 1,000 jobs in the next two years with the opening of its new office here.
— Philippine News Agency

Philippines’ shoe industry has a new spring in its step
Marikina, a city in Metro Manila, was once known as Southeast Asia’s leading center for shoemaking.
— Nikkei Asian Review (paywall)

Philippines: Benguet farmer dumps unsold carrots due to oversupply
In the Philippines, a farmer was caught on video dumping at least a ton of unsold carrots.
— Fresh Plaza

CTRM decides to retain 5% tariff on MDM
The Cabinet-level Committee on Tariff and Related Matters (CTRM) has decided to retain the 5-percent tariff on mechanically deboned meat (MDM) of chicken despite the opposition of local poultry stakeholders and the Department of Agriculture (DA).
— Business Mirror

Court orders NBP transfer of 2 cops in Kian murder
The Caloocan City regional trial court (RTC) has ordered the transfer of two detained policemen from the Valenzuela City Jail to the New Bilibid Prison (NBP) in Muntinlupa City to serve their sentence for the murder of Kian Loyd delos Santos in 2017.
— Philippine News Agency

Philippines ‘extremely dangerous’ for rights workers — report
The working environment in the country has been especially challenging for defenders of land, indigenous peoples’ and environmental rights, a report by Dublin-based human rights organization Front Line Defenders said.
— The Philippine Star

Extremist threats in Southeast Asia
The siege of Marawi City in the southern Philippines may have ended more than a year ago.
— CGTN (video)

Polish mayor dies of stab wounds after attack
The centrist mayor of the Polish port city of Gdansk died on Monday, January 14, a day after a man stabbed him in the heart in front of hundreds of people at a charity event.
— Rappler

Norwegian jailed for ordering online child sex abuse in Philippines
A 71-year-old Norwegian man was sentenced to 12.5 years in prison on Monday for ordering sexual assaults to be carried out online against dozens of young Filipinas.
— Inquirer.net