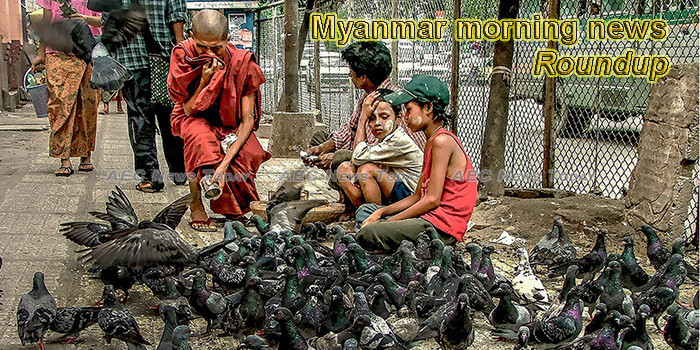 Thailand to return 700 human-trafficking victims
Thailand’s government will send back to Myanmar some 700 victims of human trafficking who have been held in rehabilitation shelters after an identification process, Myanmar and Thai government officials said on Thursday.
— Myanmar Times

US eases visa requirements for Myanmar citizens
Myanmar citizens can now apply for a combined B-1/B-2 visa, which allows travel to the US for both business and/or tourism purposes, the US Embassy in Myanmar announced Monday. The single-entry visa is valid for three months and there is no issuance fee.
— Myanmar Times

Myanmar’s Other Reporters
Twice a month for the past two years, a journalist named Swe Win packed up his laptop and a change of clothes, and said goodbye to his wife and young daughter, at home in Yangon, Myanmar’s largest city.
— CJR

Burmese fitness app Flexible Pass gets 6-digit Pre-Series A funding, focussing on new products and category
Yangon Capital Partners (YCP), Seed Myanmar, and Nest Tech come back as investors for Flexible Pass’s second funding round Flexible Pass, Myanmar-based health and fitness app, announces that it has raised a six-digit Pre-Series A funding. Without revealing the total funding raised, the second funding round was raised from three existing investors from …
— e27

In Myanmar, the road to brighter futures starts with…roads
I first visited Myanmar’s Ayeyarwady River delta and the villages where CWS Japan supported a nutrition education project in 2017.
— Reliefweb

‘No One Wants to Be a Village Administrator in Shan State’
The army arrests local officials who are contacted by EAOs demanding money, but does not protect them, brother of detained village head in Myanmar’s Shan State says.
— Irrawaddy

MPT adds ebook pack to MPT Books platform
Myanmar operator MPT has added an ebook pack to its MPT Books platform. Customers who take up the operator’s new offering will have access to 1,000 digital books and magazines for MMK 99 per day or MMK 1,999 per month. The books can be accessed both online and offline after download.
— Telecompaper

New report: Proposed Myanmar dam could displace thousands
Some worry that despite financial and social costs, much of the electricity proposed dam will generate will be exported.
— Aljazeera

Myanmar Christians released from captivity
After six months of being held captive, 54 Myanmar villagers, of whom many are Christians, have been released.
— chvnradio

Court issues warrant to arrest former USDP lawmaker
Yangon’s Western District Court has issued an arrest warrant for U Hla Shwe, also known as Bullet Hla Shwe, on a charge of sedition, according to a court official.
— Myanmar Times

Authentic Myanmar Food: Ngapichat Focuses on Key Burmese Ingredient
When people speak of Myanmar dishes, mohinga (the popular fish noodle soup) is the first thing that often comes to mind. But little is usually said of Ngapi, the fish paste that serves as a main ingredient for most Burmese dishes—let alone ngapi yay kyo, the closely-related fish-paste dipping sauce that serves as an essential side dish to most Burman meals.
— Irrawaddy

As Some Temporary Shelters Close, Others Open
Some 80,000 have people returned home as floods recede in parts of Myanmar, but in southern Myanmar’s Mon State–the country’s worst hit area–more shelters are opening.
— Irrawaddy