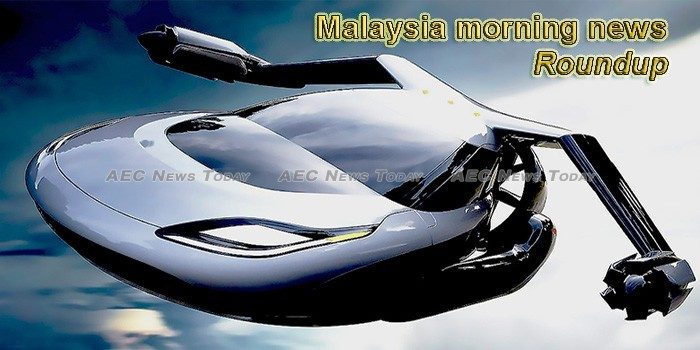 Malaysia to export US$891m of palm oil to China
Malaysia has signed four agreements with Chinese parties for the export of 1.62 million tonnes of palm oil, worth US$891mil based on current prices.
— The Star Online

Putrajaya proposes index to measure cost of living
The government has proposed an index to accurately measure the cost of living to assist employers in determining the right salary increase.
— Malay Mail

Malaysia fights illegal immigration
Nearly 1,500 illegal immigrants have been detained in a nationwide operation by the Immigration Department of Malaysia.
— VietnamPlus

Govt proposes BNM to create cost of living index separate from CPI
The government plans to put forward a proposal to Bank Negara Malaysia to create an index to determine the cost of living of Malaysians soon.
— New Straits Times

More to water pact than Malaysia lets on
It is ironic that Malaysian Prime Minister Mahathir Mohamad is speaking about “morality” when he wilfully selects and distorts facts about the water agreement (Mahathir urges Johor to speak up against S’pore water pact, March 1).
— The Straits Times

Mudajaya ex-employee arrested, charged with misappropriation of RM800,000 property
Mudajaya Group Bhd’s former employee, who was sued by the company for alleged breach of fiduciary duty, was arrested in Bangkok and brought back to Malaysia.
— The Sun Daily

So Many New Democracies Yet So Few Of Them Are Clean. Malaysia Has Problems.
The good news is that democracy as a system of government spans more of the globe than at any previous time in history. The bad news.. well there’s plenty of it.
— Forbes

How Malaysia’s five naval stations at Spratlys were built
Malaysia’s ambitious plans to secure its rightful territories in the Spratlys began in the late 1970s.
— New Straits Times

Saying no to female genital mutilation in Malaysia
The external female genitalia comprises the mons pubis, which is a mound of fatty tissue covering the pubic bone; labia majora, which are large tissue folds that enclose and protect the other external genitalia; as well as the labia minora, which are small tissue lips that lie inside the labia majora and surround the vaginal and urethral openings.
— Star2

Malaysian retiree is making new friends while on a biking tour of the world
Sometimes life is full of surprises. For Malaysian cyclist Peter Yoong, he would have bade his newfound cyclist friends goodbye after their first encounter but, in some cases, they bumped into each other time and again.
— Star2

“Malaysians’ wage level currently not up to par”
Taking account of the current cost of living, there is a need for an in-depth study on salary and wages of Malaysian employees, says Employees Provident Fund (EPF) chief executive officer Tunku Alizakri Alias.
— New Straits Times

Make landscaping a Malaysian culture – Dr Mahathir
Prime Minister Tun Dr Mahathir Mohamad wants effort to beautify the landscape around the house, village and towns to become a culture and the interest of society, to turn Malaysia into a beautiful garden country.
— Edge Prop

Samsung Galaxy M is coming soon to Malaysia as an online exclusive device
The Samsung Galaxy M series is coming to Malaysia very soon. These are Samsung’s new range of mid-range smartphones that offer a large display and a huge battery at a lower price point. Samsung Malaysia has just posted a teaser calling for registration of interest.
— Soyacincau

Malaysian stocks fall as neighbours react positively to US-China deal news
Most Southeast Asian stocks climbed on Monday amid reports the US and China were close to striking a trade deal, while Malaysia fell despite the country reporting a higher-than-expected trade surplus for January.
— FMT