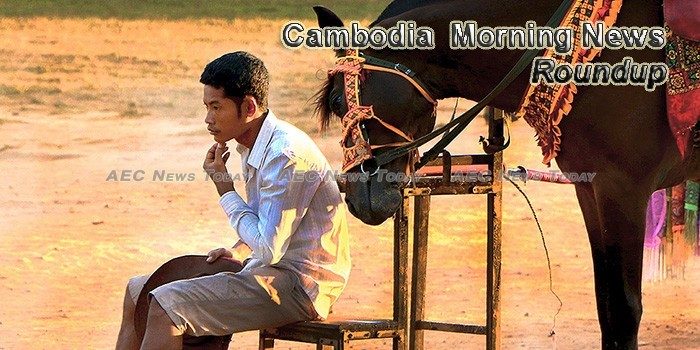 Tax revenue exceeds expectations following reforms
The General Department of Taxation (GDT) collected $1.93 billion in tax revenue last year, a 30 percent increase over 2016 and well above the government’s own projections, according to the department’s director, Kong Vibol.
— The Phnom Penh Post

Author of ‘The War for China’s Wallet’ on how to work with the regional powerhouse
In Shaun Rein’s The War for China’s Wallet, the author offers a roadmap for navigating relationships with China, both for foreign countries and international companies. He recently spoke with The Post’s Hor Kimsay to discuss the potential benefits and pitfalls of Cambodia’s increasingly friendly relationship with the regional giant.
— The Phnom Penh Post

Creators of GoSoccer to pitch idea to tech giants in Singapore
What started as an idea to better coordinate pick-up soccer games has become an award-winning application, and now the five Cambodian university students who developed it are set to fly to Singapore and meet with high-powered tech executives.
— The Phnom Penh Post

Preah Sihanouk governor bemoans Chinese influx
The governor of Preah Sihanouk province has outlined grievances ranging from increased criminality to economic disadvantages for Cambodians as a result of the rapid increase in Chinese investment and tourism in the province in a three-page report to Interior Minister Sar Kheng.
— The Phnom Penh Post