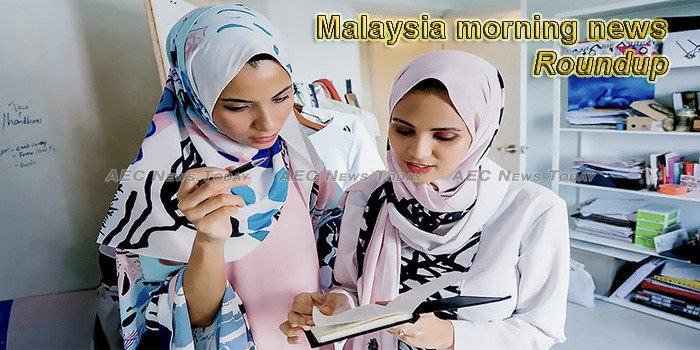 Malaysia water tariffs expected to go up: Minister
Malaysia may raise water tariff rates in stages this year, in line with the government’s efforts to restructure the water supply services industry.
— Channel NewsAsia

Five things to watch out for in 2019 on Malaysia’s political front
2018 was a year of dramatic change for Malaysia. At the General Elections in May 2018 (GE14), Barisan Nasional (BN) was defeated by Pakatan Harapan (PH) after 61 years in power. Malaysia saw the return of Mahathir Mohamad as Prime Minister.
— Today Online

No banking mergers this year: Research firms
Banking analysts do not see any potential mergers and acquisitions (M&A) within the banking sector this year due to both valuations and political reasons.
— New Straits Times

EU should reconsider palm oil-based biofuel ban
The European Union (EU), which is proposing a ban on the use of Malaysian palm oil-based biofuel within the union, should reconsider the proposal so as not to affect the livelihood of small farmers, says an advocate for Planters United, a non-governmental organisation made up of a group of smallholder planters.
— New Straits Times

Top travel experiences you need to try in Malaysia in 2019
Although mainstream tourist attractions are still important to our country’s tourism industry, experiential travel is becoming more popular.
— Star2

Woman in Malaysia comes under fire for hugging crocodile
A woman in Kota Baru, who captured a crocodile behind her house, was heavily criticised when a photograph emerged on social media showing her hugging the reptile.
— AsiaOne

IRB aims to collect RM10b via tax amnesty programme
The Inland Revenue Board of Malaysia (IRB) aims to attract at least one million taxpayers with an estimated RM10 billion in tax collection via the Special Voluntary Disclosure Programme (SVDP).
— The Sun Daily

Guan Eng seeks to clear air over Sarawak’s debt to Putrajaya
Finance Minister Lim Guan Eng today sought to provide clarity over the amount of money owed to the federal government by Sarawak after a prolonged public spat with the state government.
— Malay Mail

Expert urges SMEs to leverage ASSIST mechanism to flag unfair measures
European Union (EU) trade expert calls for private sector to fully utilise the Asean Solutions for Investments, Services and Trade (ASSIST) as the best platform to address intra-Asean trade problems that limit small and medium enterprises’ (SMEs) ability to take advantage of the Asean Economic Community (AEC) — the regional integration agenda that has an end goal to facilitate the free movement of goods, services, investment and freer flow of capital across Asean.
— The Borneo Post

Winner’s curse: Malaysia glove markers start 2019 with a plunge
A group of Malaysian stocks that were unscathed during the global equity sell-off over the past few months is feeling some agony now.
— The Edge Markets

Malaysia shows interest in India’s Tejas fighter jets, may buy 30 of them
Many experts consider the Tejas Light Combat Aircraft (LCA), though not yet fully developed, already far deadlier than its opposite number — the JF-17 Thunder fighter, developed by China and built in Pakistan. Now Malaysia too is endorsing the Tejas’ quality by shifting interest from the Sino-Pakistani to the Indian fighter.
— Business Standard

Grab cries foul after drivers fined at airports
E-hailing giant Grab today questioned the move to stop its drivers from picking up passengers at airports, accusing the authorities of “deliberately” misinterpreting laws.
— FMT

Taxman expects RM10b in collection under amnesty period
The Inland Revenue Board (IRB) expects the special Voluntary disclosure programme (SVDP) – which has less than six months left before it ends on June 30 – to attract at least one million taxpayers.
— The Star Online

Malaysian buoy-laying vessel Polaris leaves Singapore waters
The Malaysian vessel that had been anchored in Singapore territorial waters off Tuas since Dec 3 last year has returned to the Malaysian port of Tanjung Pelepas.
— Channel NewsAsia

Ex-chairman remanded 4 days over Tourism Malaysia issue
The Magistrate’s Court has issued a four-day remand order for the former chairman of a government agency, to facilitate investigations into an issue relating to Tourism Malaysia.
— FMT

A tour of Malaysia’s multifaceted mosques
I am almost 1,000 metres above the Earth, looking down at what appears to be a giant depiction of a blazing sun. But, unlike the one beating upon my head, this sun is not a fiery orange colour. Instead, it is constructed entirely from stainless steel. It glints in the daylight, making it hard to look at it for long, much like the flaming orb it represents.
— The National