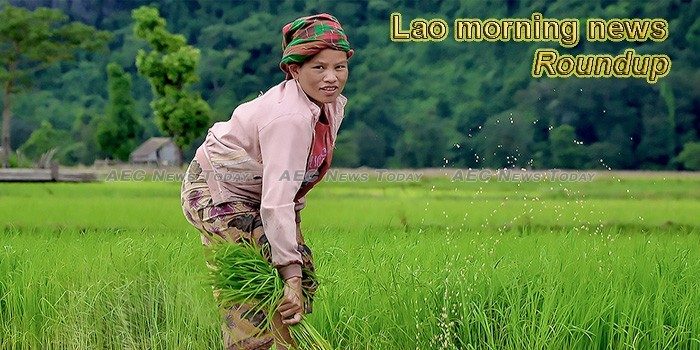 Thailand Visa Applicants Beware: Fortnight Wait As Consulate Appointment Bookings Bank Up in VTE
Foreign nationals seeking visas to ever-popular Thailand for residence or travel can expect waits of up to two weeks for appointments for visa application or renewal via the country’s consulate in Vientiane, Laos.
— The LaotianTimes

Thailand trains Laotian physicians
Thailand is offering training courses for doctors and physicians from the Lao PDR, in the hope of enhancing the country’s healthcare sector.
— NBT World (video)

OPINION: Laos needs to improve regional road links
Border roads linking Laos to Vietnam have steadily improved over the years but they are still not wide enough to accommodate the many large trucks that enter the country via our eastern neighbour.
— ANN/ Vientiane Times

Govt works towards a better business environment
Lao authorities have adopted measures that will allow easier access to credit and give added protection to minority investors in moves set to improve the country’s overall business environment.
— Vientiane Times

Ministry ploughs ahead with agriculture agenda
The Ministry of Agriculture and Forestry reviewed its work over 2018 and outlined the agenda for the year ahead during an annual summary meeting for the sector held in Vientiane on Monday.
— Vientiane Times

SME service centre opens in Luang Prabang
The Lao National Chamber of Commerce and Industry (LNCCI) has opened a branch of its Small and Medium Enterprises Service Centre in Luang Prabang province to strengthen the capacity of SMEs in the eight northern provinces of Laos.
— ANN/ Vientiane Times

Lao morning news for May 3