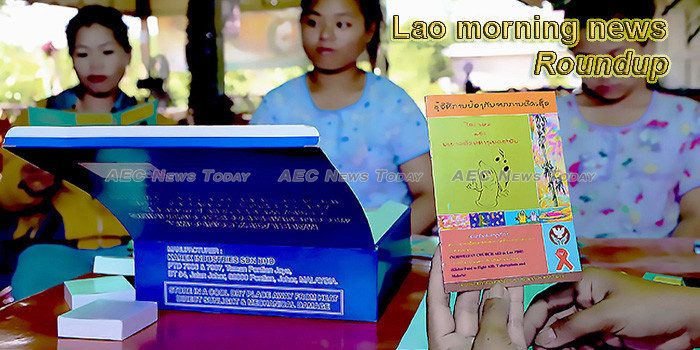 Private sector development essential for continued Lao economic growth
Laos is one of the fastest growing economies in Southeast Asia (SEA). On average the country’s economy as measured by GDP has grown by 7.5 per cent per year and trade by 17 per cent per year since 2000, reflecting the importance of trade as a key driver of its growth.
— AEC News Today

Wood craft museum carves niche in local art scene
A Lao entrepreneur has spent US$20 million to create the biggest museum in Vientiane, housing an exhibition of intricate wood carvings and referred to as the wonder wood art gallery.
— Vientiane Times (paywall)

Antibiotic resistance: public awareness campaigns might not work
Pathogens, such as bacteria, viruses and protozoa, are becoming ever more resistant to drugs.
— The Conversation

Laos, Brunei to share closer business ties
Laos and Brunei are eyeing greater investment cooperation following the signing of a Memorandum of Understanding (MOU) during an official visit to the kingdom by Prime Minister Thongloun Sisoulith and other government officials on February 16-17.
— Vientiane Times (paywall)

Academia-industry alliance can boost accountancy in Laos
SURROUNDED by Myanmar, Cambodia, China, Thailand, and Vietnam, the landlocked nation of Laos has often struggled to escape from the shadows of its larger neighbours.
— The Business Times (paywall)

An insight into strengthening Lao-German relations
Vice-Minister of the German Ministry for Economic Cooperation and a member of the German parliament, Mr Norbert Barthle, is in Vientiane this week to boost relations and cooperation between Laos and Germany.
— Vientiane Times

UK public speaking competiton highlights huge Lao talent
The UK Study Fair 2019 has highlighted the enormous offering that the UK has when it comes to education such as a plethora of world class universities with well equipped facilities, a diverse range of courses, and a high level of student support.
— Vientiane Times (paywall)

CERTIFICATION OF BAMBOO PRODUCERS AT NAM HA ASEAN HERITAGE PARK IN LAOS
On February 8, 2019, an awarding ceremony was held for the first One District One Product (ODOP) certification in Luang Namtha district in Northern Laos.
— GFA