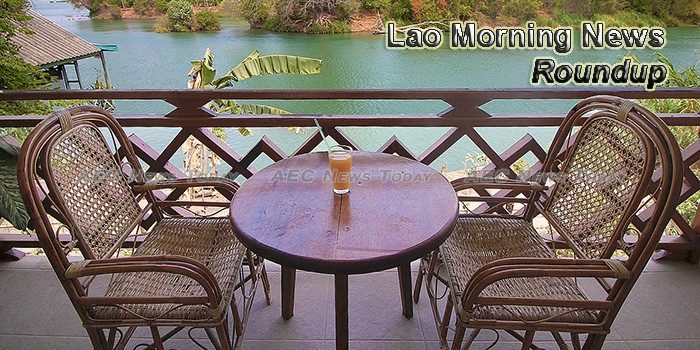 Laos-China railway will rev up pace of development
Laos will be able to accelerate the rate of development and grow even faster than some neighbouring countries now that construction of the railway linking Vientiane to the Chinese border has begun.
— Vientiane Times

ASEAN to Strengthen Civil Service to Achieve Vision 2025
ASEAN leaders signed on Apr 29 the “ASEAN Declaration on the Role of Civil Service as A Catalyst for Achieving AC Vision 2025″ on the occasion of the 30th ASEAN Summit in Manila, the Philippines.
— Lao News Agency

Cash Will No Longer Be Accepted for Tax Payments in Laos
According to the Minister of Finance, Mr Somdy Douangdy, several new systems have been installed to ensure tax payments can be processed through banking systems and digital technologies, allowing government tax officers to relinquish receiving tax payments in cash directly from taxpayers.
— The Laotian Times

Ministry Focused on Wiping Out Malaria
With the theme being ‘End Malaria for Good,’ for World Malaria Day 2017, the Ministry of Public Health has set forth an ambitious goal to reduce the number of malaria infections and deaths in the upcoming years.
— The Laotian Times

Exams reveal nation’s top students
The winners of the 2017 National Best Students Exams at the secondary and primary school levels were announced on Friday.
— Vientiane Times

PM calls for more openness in corruption cases
Prime Minister Thongloun Sisoulith has asked that every prosecuted case related to corruption be revealed to the public in hopes that misconduct by government officials is halted.
— Vientiane Times

Public Prosecutor Says Understanding of Law Articles Remains Ambiguous
Understanding remains ambiguous on the meanings of some articles of law on penal and civil procedures, especially the construction of Article 67 of the Law on Criminal Procedure on the rights and duty of victims.
— Lao News Agency

Over 6,700 Cases Judged in Lao Courts
Over 6,700 out of more than 8,500 cases sent to the first instance courts and regional, provincial, and Vientiane Capital, and regional military courts, have been judged over the past twelve months.
— Lao News Agency

Lao U15 girls in tough group at AFC tournament
Lao young female football players will compete in a tough group at the Asian Football Confederation (AFC) U15 Girls Championship to be held in Lao capital Vientiane on May 8-20.
— Xinhua

Lao New Year celebrated locally
The traditions of the Lao culture, from food to music and dance, were celebrated Saturday night at the Brewster Legion Hall as the Lao people and guests gathered to ring in the Year of the Rooster.
— Daily Globe

Thailand primed for region gateway role
PRIME MINISTER Prayut Chan-o-cha told the gathering of World Travel and Tourism Council (WTTC) members in Bangkok last week that the country’s strategy is called “Thailand Plus One”, under which Bangkok is positioned as a gateway for trade, investment and tourism in the region.
— The Nation