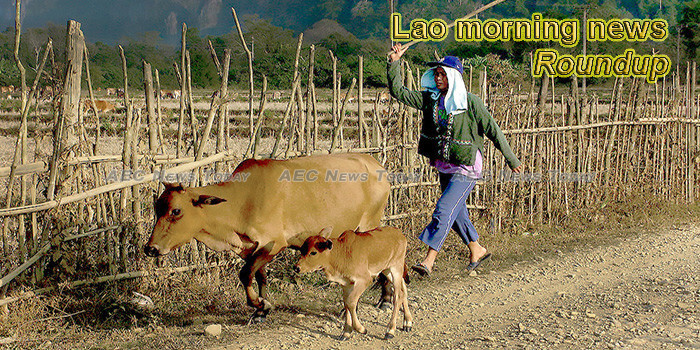 New Certificate Requirements for Foreign Traders in Laos
As of June 27, 2019, foreign traders in Laos who have no registered business in the country will need a Trading Rights Certificate from the Department of Import and Export, Ministry of Industry and Commerce, in order to import or export goods.
— Lexology

Govt to focus on funding existing development projects
The government has announced that new State investment projects planned for this year will be postponed until 2020, a move aimed at maintaining the country’s financial liquidity.
— Vientiane Times

ICT Expo highlighting Laos’ digital expertise
The Ministry of Post and Telecommunications is currently hosting the Information and Communications Technology (ICT) Expo in Vientiane from June 26-30 to showcase the latest in tech and digital innovation.
— Vientiane Times

Laos Looks To Increase Levies on Gaming as Nation’s Economic Conditions Marginally Improve
Casino operators in Laos may be sharing more of their revenue with the government starting next year. Several regional news organizations reported this week that the levy on gaming venues or casino games will jump from 35 to 50 percent.
— Casino.org

New partnership to connect more jobseekers with employers
Jobseekers around the country will be able to find work more quickly following the signing of an agreement in Vientiane yesterday to coordinate information sharing between the public and private sectors.
— Vientiane Times (paywall)

Bigger Fish To Fry How an inspired business owner can help people to eat better
Ferenc Lévai kneels down on the grass to put his hand into the water.
— KPL

Lao morning news for May 1