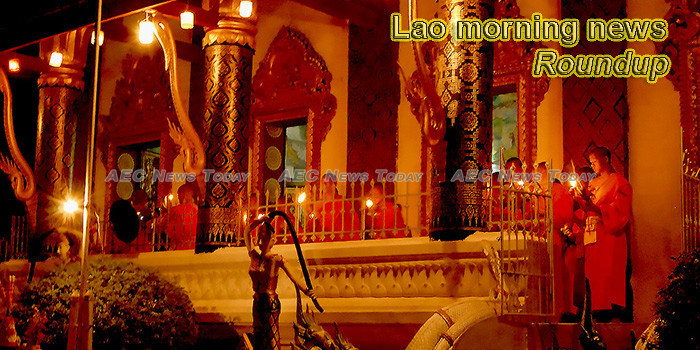 Laos Sees Drop in Foreign Direct Investment Inflow
Foreign direct investment (FDI) inflow to Laos decreased in 2018 amid a drop in new investment from China, a recent report has shown.
— The Laotian Times

Cambodia, Laos, Vietnam intensify tourism connectivity
The building of a plan on tourism development at the Cambodia-Laos-Vietnam Development Triangle Area was the main topic of a seminar in Pleiku city, the Central Highlands province of Gia Lai, on July 15.
— Vietnam Plus

EU-funded project tackles wildlife trafficking
The European Union has provided 8 million euros to support a new project in seven countries including Laos, in a move to strengthen their governments’ actions to combat wildlife trafficking and forest crime.
— Vientiane Times

HPC Plants Over 1,000 Tree Saplings
On 12 July, Hongsa Power Company – HPC – planted over 1,000 tree saplings to minimize the effects of mining and electricity generation of the company in host communities in Hongsa district, Xayaboury Province.
— KPL

Overseas tour operators explore opportunities in Laos
The Ministry of Information, Culture and Tourism is hosting a weeklong familiarisation trip to Borikhamxay and Khammuan provinces to show foreign tour operators and media the natural beauty of these areas.
— ANN/ Vientiane Times

[Diplomatic circuit] Laos seeks Korea’s support for regional connectivity projects
Sharing borders with five member states of the Association of Southeast Asian Nations, Laos is seeking to facilitate the connectivity of infrastructure across the region by strengthening cooperation with South Korea.
— Korea Herald

Laos, Russia announce cooperation in numerous fields
Laos and Russia have agreed to work together in the areas of trade, economics, and scientific and technical cooperation to further their bilateral relationship.
— Vientiane Times

AIS students win medals in English speaking contest
Students from the Australian International School (AIS) in Vientiane have brought pride to the school and the Lao education sector after winning gold, silver and bronze medals at an international English-speaking contest.
— Vientiane Times (paywall)

FEATURE: A waterfall with a difference
Anyone with a yen to spend time at a waterfall that’s not too far from Vientiane should consider a visit to Tad Phakxoyvoy.
— ANN/ Vientiane Times

The Slow Boat into Laos
Waking early enough for a quick breakfast before doing one final pack of our bags, we make sure everything is in order and make our way down the dusty path toward the dock.
— These Foreign Roads

Luang Prabang Guide: Explore the Royal Capital of Laos
No journey to Laos can be complete without a visit to the ancient royal capital and in this Luang Prabang guide we will show you why. Known for its stunning Buddhist temples and beautiful scenery, Luang Prabang in Laos is one of a kind and a destination you shouldn’t miss.
— Map Trotting