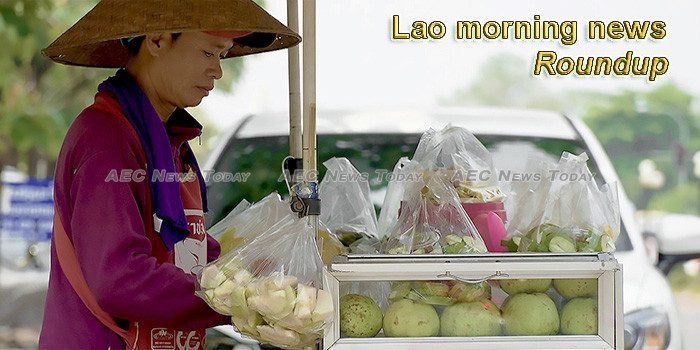 Govt unveils foreign aid projection
The government is anticipating a significant drop in the amount of foreign grants it will receive this year, so the country will have to make some policy changes to sustain revenue generation.
— Vientiane Times

Fears linger for livelihoods as new villages being built for Lao victims may not be suitable for agriculture
THE VICTIMS of the Xi Pian-Xe Namnoi Dam collapse may not be able to return to their normal lives any time soon because the locations of their new villages and farmlands are unsuitable for living and farming.
— The Nation

Businesses urged to improve services for Chinese tourists
Tourism-related businesses should make adjustments for the additional Chinese tourists that the government expects will visit this year, a leading business figure says.
— Vientiane Times

On ya bike to Laos
The world’s top ultracyclers will descend on Laos, 20 to 24 May, for Round 3 of the 2019 BikingMan World Championship on a course covering 780-km paved-and-gravel roads over the country’s challenging forested mountain ridges in northeast Laos.
— TTR Weekly

Lao stone jars preserve centuries old secrets
When visiting Xieng Khuang province, be sure to take a trip to see the mysterious stone jars that litter the plains in their hundreds and fascinate everyone who gazes upon them.
— Eleven Media Group

Govt debates policies to maintain growth
The government has discussed policies and approved priorities for this year as it attempts to steer the country on a path of sound economic growth.
— Vientiane Times

Vietnam Embassy in Laos welcomes Lunar New Year
The Embassy of Vietnam in Laos hosted a banquet welcoming the Lunar New Year on the night of January 25.
— Vietnam Plus

Lao Morning News For May 28