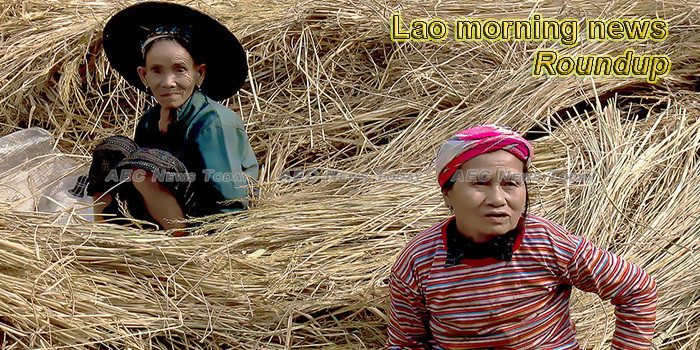 PM pushes for Bruneian investment
Prime Minister Thongloun Sisoulith has told ministries to be proactive in attracting investment from Brunei Darussalam after learning that companies in the oil-rich country want to do business in Laos.
— Vientiane Times

Six Government Officers Join A Study Tour To Japan
Six government officers departed from Vientiane on Feb 11 for Japan to participate in the “Exchange for Improvement of Atmospheric Environment by Mekong-5 Countries and Japan”, or a programme conducted under the framework of JENESYS 2018, which is supported by the Japanese government.
— KPL

Two new Savannakhet bridges heading for May handover
The new Xekoumkam and Xethamuak bridges along National Road No. 9 in Savannakhet province are approaching 80 percent completion with the official in charge expecting to hand over the projects in May.
— Vientiane Times