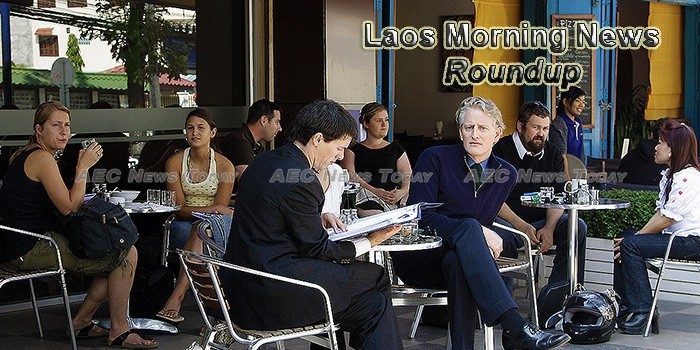 Govt to Invest Over 1.3 Trillion Kip in Poverty Reduction
(KPL) This year, the government plans to spend over 1.3 trillion kip (almost US$160 million) on rural development and poverty reduction.
— Lao News Agency

Access to Health Services to be Nationwide by 2030
The Ministry of Health is making preparations to ensure that people across the country have access to the health services by 2030.
— Lao News Agency

Govt gives green light to Vientiane expressway
The government has agreed in principle to a plan to build a 14-km expressway linking Vientiane city centre to the outskirts in Xaythany district, in a bid to ease congestion.
— Vientiane Times

Officials Take Action Against Illegal Fuel Imports
It is estimated that 45 to 50 percent of the fuel Laos imports are used in Vientiane Capital and Vientiane Province.
— Laotian Times

Government Hails Those Actively Participating in Enforcement of Order No 15
At the recently held monthly government meeting for February, Prime Minister Thongloun Sisoulith hailed relevant sectors, authorities and people for actively participating in the enforcement of Prime Minister’s Order No 15 designed to intensify the management and inspection of wood exploitation, timber transport and timber businesses in the country.
— Lao News Agency

Liberia Seeks Assistance from Laos in Rice Production and Sustainability
Liberia’s recently accredited ambassador to Lao PDR, Dudley McKinley Thomas, has presented his Letters of Credence to President Bounnhang Vorachith, during an official ceremony at the presidential palace.
— Laotian Times

Laos Sees Little Problem With the Pak Beng Dam
Laos is pushing ahead with the controversial Pak Beng dam as the government has found little reason to delay the project on the Mekong River’s mainstream, a senior government official told RFA.
— Radio Free Asia

Remains of Marine shot down in Laos in 1969 heading home
A Marine radar intercept officer missing nearly 48 years after he was shot down over Laos during the Vietnam War has been accounted for after his remains were found last year, the Bergen Record reports.
— AmeriForce Publishing

Health sector review calls for further reform
Ministry of Health officials and personnel from around the country met yesterday in Vientiane to review the progress of the health sector in 2015-2016 and discuss plans for the year ahead.
— Vientiane Times

Lao Morning News For May 10