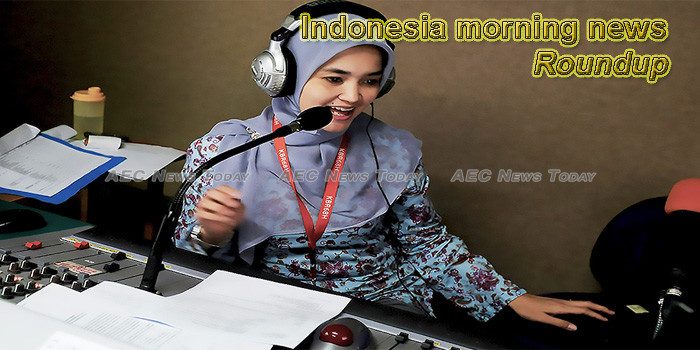 Malaysia and Indonesia rush to slice up $3tn global halal market
Japan may have a minuscule Muslim population, but the country still represents the way forward for Malaysia’s Faisal Ahmad Fadzil and his line of halal-certified bath products and massage oils.
— Nikkei Asian Review (paywall)

Indonesia sets higher investment target in 2019
Indonesia is optimistic that it will be able to attract more investment this year although legislative and presidential elections will take place simultaneously in April 2019.
— Vietnam Plus

Indonesia wants at least 1.5 million Australian tourists in 2019
The Tourism Ministry has set a target of attracting 1.5 million tourists from Australia throughout this year.
— The Jakarta Post

Bank Indonesia to maintain hawkish stance this year
Bank Indonesia has hinted that it will maintain its tight money policy this year amid the normalization of monetary policies by central banks in other countries.
— The Jakarta Post

Phinma invests P278M in Indonesian JV firm
PHINMA Corp. is investing P278 million in a joint venture company that will hold its education business in Indonesia.
— The Manila Times

M’sia-Indonesia media practitioners should use social media to reach out to millennials
Media practitioners in Malaysia and Indonesia should make optimal use of the new platform to reach out to the millennial generation to ensure that the good bilateral ties between the two countries will continue to persist, said former chairman of Media Prima Berhad Tan Sri Johan Jaafar.
— The Sun Daily

Bank Indonesia needs to follow Fed’s rate policy: Economist
Bank Indonesia (BI) needs to follow the monetary policy of the United States Federal Reserve (Fed) in setting its reference rate so as to ensure stability in the rupiah’s exchange rate against the US dollar, Maybank Indonesia economist Myrdal Gunarto said on Monday.
— The Jakarta Post

How Alibaba Cloud is expanding reach through Indonesia
Alibaba Cloud’s investment in Indonesia through the recent launch of a second data centre will bolster international presence, providing the tech giant with a head start in one of the regions most promising and dynamic markets.
— Channel Asia Singapore

Bali to legalize traditional liquor, create new island brand
The Bali administration is set to legalize traditional Balinese arak (liquor made from tuak, a sweet drink from coconut palm flower) with the hope that it will serve as a new trademark of Indonesia’s main tourist destination, said Bali Governor Wayan Koster.
— The Jakarta Post

Phase one of Jakarta LRT set to begin operating before end of February
In addition to Jakarta’s eagerly anticipated Mass Rapid Transit (MRT) system that is scheduled to begin commercial operations in March, the capital’s other long-gestating public transportation project, the Light Rail Transit (LRT) system, is set to start operations on its first route on Feb 25 or Feb 28.
— Coconuts Jakarta

Car-seller app gets funding to speed across Indonesia
Indonesia’s capital, often ranked as having the world’s worst traffic, might not be a pleasant place to get around.
— Tech in Asia

Bogor Overwhelmed by Thousands of Illegal Immigrants
Head of Bogor National and Political Unity Office (Kesbangpol) Wawan Darmawan revealed that Puncak remains as the favored area in Bogor District for illegal immigrants, which have accumulated to 1,766 people.
— Tempo.co

Mother of alleged JIS child abuse victim sues teachers and 5 janitors IDR1.7 trillion in new civil lawsuit
The alleged child sexual abuse case at the Jakarta Intercultural School (JIS, formerly Jakarta International School) has entered a new chapter after the mother of one of the three alleged victims filed a civil lawsuit against two teachers and five school janitors — all of whom have been convicted of sexually abuse and sentenced to prison — for IDR1.7 trillion (~US$120 million).
— Coconuts Jakarta

Depok Only Capable to Manage 900 Tons of Waste Daily
The technical unit management of the final disposal site (UPT TPA) of Cipayung could only manage 850-900 tons of waste from Depok daily. While, in fact, domestic waste in the city reached more than 1,000 tons per day.
— Tempo.co

Scales of justice: Indonesia police probe snake interrogation
Intellasia East Asia News Indonesian authorities on Monday launched an investigation after a police force chief admitted an officer wrapped a live snake around a terrified suspect in a bid to force a confession.
— Intellasia

Indonesia on hunt for future stars among 57 million players
Indonesia is trying to catch up in the world’s new e-sports trend by searching for a forthcoming squad out of the 57 million active players across the country.
— The Jakarta Post (paywall)

1kg of Meth Found in Tanzanian Man’s Stomach
A Tanzanian man was arrested in Bali after more than a kilogram of methamphetamine was found inside his stomach, Indonesian authorities said Tuesday, February 12.
— Indonesia Expat