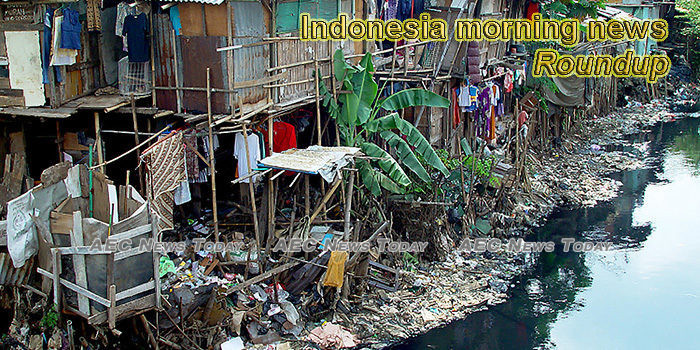 Manufacturing decline in 2019 raises concerns about deindustrialization, Industry 4.0
Two issues have been central to the Indonesian manufacturing industry throughout 2019; the sector’s growth continuing to stagnate and the digitalization of industries posing both new threats and opportunities.
— The Jakarta Post

Jakarta to go for stricter enforcement as it fails to meet tax target
The Jakarta administration has blamed the country’s sluggish economy for its failure to meet its tax revenue target this year and will impose stricter law enforcement measures to improve collection next year.
— The Jakarta Post

Tiger Attack; Sumatra BKSDA Takes Action, Calls for No Hunting
The South Sumatra Natural Resources Conservation Agency (BKSDA) promised to capture the tiger believed to be behind the tiger attack in Muara Enim that allegedly killed a local resident on Friday night of December 27.
— Tempo.co

Rupiah exchange rate strengthens by four points before year-end
The rupiah was quoted at Rp13,948 per US dollar, up 0.3 percent, or strengthening by four points, from Rp13,952 earlier in the Jakarta Interbank market on Monday morning, a day before the year-end holidays.
— Antara News

In Indonesia, Outlaw Gold Miners Poison Themselves to Survive
One large mining company is trying to shut illegal operations, which use mercury.
— The New York Times

Govt Says Draft on Personal Data Security Completed
Communication and Informatics (Kominfo) Minister Johnny G. Plate announced that the Draft Bill (RUU) on personal data protection has been completed and is set to be handed to the House of Representatives (DPR).
— Tempo.co

Workers wrestle with Labor Law, skills gap, automation
As President Joko “Jokowi” Widodo focuses his administration’s agenda on human resources and talent development, issues that are presenting themselves as major challenges are the 2003 Labor Law revision, shortage of skilled workers and the rise of automated jobs.
— The Jakarta Post

AGO Senses Graft Scandal Inside Jiwasraya, as the House Gunning For PwC
The Attorney General’s Office began on Monday the questionings on witnesses and potential suspects of foul play in troubled life insurer Asuransi Jiwasraya, while the House of Representatives sought to open inquiry on the insurer’s auditors, which include global accounting firm PricewaterhouseCooper.
— Jakarta Globe

BI shifts to dovish monetary policy in 2019 to stoke growth
Bank Indonesia (BI) eased its policy gears in 2019 to fuel domestic growth amid a more stable rupiah, benign inflation and the United States Federal Reserve’s dovish monetary policy, which have provided breathing space for the central bank to cut its benchmark interest rate.
— The Jakarta Post

E-commerce dominates in 2019 with Tokopedia topping the list
Indonesia’s e-commerce is spearheading the growth of the country’s burgeoning digital economy in 2019, although the government’s recent decision to lower the tax threshold for imported goods sold via e-commerce might slow the growth next year.
— The Jakarta Post

More Indonesian women in labor market, fewer in politics: Gender Gap Report
Indonesia is closing in on its overall gender gap, according to the 2020 Global Gender Gap Index.
— The Jakarta Post

No respite for Jakarta as city faces surge of year-end revelers
Schoolchildren are on their semester break, office workers are taking a leave and families are going on trips to explore the city.
— The Jakarta Post

In memory of Gus Dur, family, followers call for peaceful Islam and tolerance
On the 10th commemoration of the passing of former president and prominent Nahdlatul Ulama (NU) cleric Abdurrahman “Gus Dur” Wahid, family and followers have called on people to follow the path of the cleric, who in his lifetime promoted tolerance and peaceful teaching of Islam.
— The Jakarta Post

Semarang’s Old Town to be replete with tourism, creative programs
Public Works and Housing Minister Basuki Hadimuljono confirmed that the newly restructured Old Town area of Semarang, Central Java, will be brimming with programs from the Ministry of Tourism and Creative Economy.
— Antara News

Despite Strong Pessimism, ICW Hopes Jokowi Overturns KPK Law
The Indonesia Corruption Watch (ICW) announced that it is still hoping for President Jokowi to issue a regulation in lieu of law (Perpu) to overturn the controversial KPK Law revision that was passed this year.
— Tempo.co

Elections, trade war create tougher conditions for property sector this year
The year 2019 proved to be yet another tough year for the property sector as national elections and a slowing global economy persuaded consumers to hold off on buying or renting property.
— The Jakarta Post

Oil and gas players dedicate 2019 for the long-haul
A handful of upstream oil and gas breakthroughs were made this year, which stakeholders hope will increase production in the long term, because prospects remain bleak in the short term as prices, production and investments are posed to fall behind annual targets.
— The Jakarta Post

Woman in S. Sulawesi named suspect after video of her slapping her child’s classmate went viral
A video of a woman slapping a primary school student went viral on social media in Indonesia over the weekend, resulting in criminal charges against the alleged assaulter.
— Coconuts