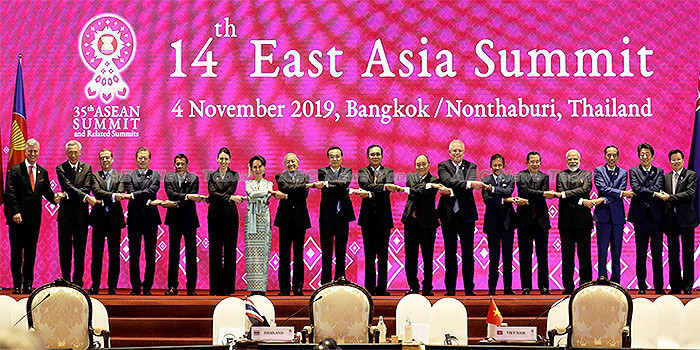 The United States has pledged an additional $68 million for new programmes under the Indo Pacific Transparency Initiative (IPTI).

Details of the new funding were announced on Monday (Nov 4) by United States Secretary of Commerce, Wilbur L. Ross at the 2019 Indo-Pacific Business Forum (IPBF), and by US Ambassador, Robert C. O’Brien, assistant to the President of the United States of America for National Security Affairs, at the 14th East Asia Summit (EAS).

Unveiled by US vice president Mike Pence in November 2018 at the APEC CEO Summit in Papua New Guinea, the Transparency Initiative (TI) promotes civil society, rule of law, and transparent and accountable governments across the region as part of the governance pillar of the USs’ vision for a free and open Indo-Pacific.

More than 200 programmes developed by multiple US government agencies have received in excess of $600 million in funding from the Trump administration under the IPTI.

A US Department of State (US-DOS) ‘fact sheet‘ described US support for good governance as integral to US foreign policy and national security interests, and in line with US values.

‘Weak institutions, corruption, onerous and opaque business processes, and poor human rights conditions drive away private sector investment in too many societies and can lead to poor choices by governments’, the document said.

The additional IPTI funding will finance new programmes including regional governance programmes for the Pacific Islands and South Asia, and support for democratic elections in Burma. Other IPTI programmes have been implemented in the areas of anticorruption and fiscal transparency, democracy assistance, youth and emerging leader development, media and internet freedom, and protecting fundamental freedoms and human rights.

Speaking to about 200 business leaders at the IPBF, Mr Ross said that the Trump administration is “extremely engaged and fully committed to the region”.

Delegates were told that the US remained the largest source of foreign direct investment (FDI) in the Indo-Pacific region, topping $866 billion as at the end of 2018. Chinese investment up to the end of 2017 in the region was $504 billion, he said, of which $381 billion went to Hong Kong.

According to Mr Ross, total US-Indo Pacific trade increased by almost 6 per cent last year to $2 trillion, surpassing US trade with Europe and with South and Central America.

A separate US-DOS ‘fact sheet’ said that US government agencies under the Trump administration have invested more than $2.9 billion to support the economic pillar of the Indo-Pacific strategy.

Coinciding with the additional IPTI funding, the US government also announced the formation of a new Indo-Pacific Transparency Fund (IPTF).

To be formally unveiled by the Bureau of Democracy, Human Rights, and Labor (DRL), part of US-DOS, the multi-stakeholder partnership will support targeted, priority efforts across the Indo-Pacific region.

Mr Ross, the most senior US administration official to attend the 35th Asean Summit and Related Summits was accompanied by a 40-strong delegation of US corporate executives seeking new trade opportunities Thailand, Vietnam, and Indonesia.

Thailand English-language News For May 5, 2017