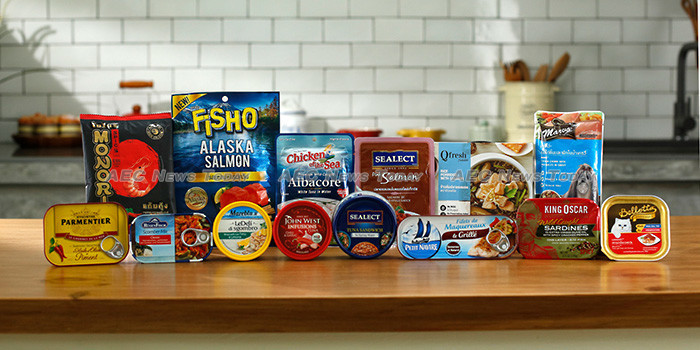 A presidential decree signed Saturday (Oct 26) stripped access for about one-third of Thai exports eligible for the reduced import tariff.

A statement posted on the website of the US Trade Representative’s office (USTR) said 53 classes of product, including seafood, electrical appliances and electronics components, food and agriculture products, and machinery will be excluded from the scheme. The removal will affect about $1.3 billion in exports. In 2018 about $4.5 billion in Thai exports entered the US at reduced tariff rates.

The USTR statement said duty-free treatment will be revoked for all Thailand’s seafood exports to the United States over longstanding worker rights issues in the seafood and shipping industries.

While Thailand government officials have been scurrying to determine the effect of the announced cuts, a statement issued yesterday afternoon by Thai Union Group (TUG) said the actions will have no effect on its Thailand operation.

“At this time, I do not foresee this decision by the USTR as having an impact on our business”, said TUG CEO Thiraphong Chansiri, adding that “no TUG seafood or pet food products sold into the US from Thailand are currently covered by the GSP”.

Mr Thiraphong said Thai Union is firmly committed to working with governments around the world to improve worker rights in global supply chains and pointed to the SeaChange global sustainability initiative it launched in 2015 as one example of that.

The SeaChange initiative comprises an integrated plan of initiatives designed to drive meaningful improvements across the entire global seafood industry. A key pillar is a commitment to worker rights through providing safe, legal, and freely-chosen employment in TUGs facilities, or in its supply chains.

In 2015 after an AP report showed that its shrimp supply chain was tainted with questionable labour practices, TUG announced it would cease using sub-contractors. The previously unplanned for occurrence saw it spend more than $5 million bringing some 1,000 workers from external pre-processing factories in house.

Suppliers found in breach of illegal, unreported, and unregulated (IUU) fishing rules, or labour or human rights standards, had their contracts terminated. The company also initiated an aggressive compliance inspection routine for all of its suppliers.

Last month Thai Union was ranked number one globally in the Food Products Industry Index of the Dow Jones Sustainability Indices (DJSI) for the second year in a row.

The company scored an industry best-in-class 100 per cent ranking for total sustainability, and the same for Codes of Business Conduct, Supply Chain Management, and Human Rights. It was the sixth successive year for TUG to be listed.

The 40-year-old company has grown to become one of Thailand’s largest corporations, employing more than 47,000 people globally.

In Thailand it is better known for SEALECT, Fisho, Qfresh, Monori, Bellotta, and Marvo. The world’s largest producer of shelf-stable tuna products, TUG sales in 2018 exceeded THB133.3 billion (about US$4.1 bln).

Thailand’s director-general of the Department of Foreign Trade (DFT), Keerati Rushchano, was scheduled to hold a media briefing this morning to discuss the impacts of the Trump GSP cut.