IndiGo flies into Yangon with promise of more to come 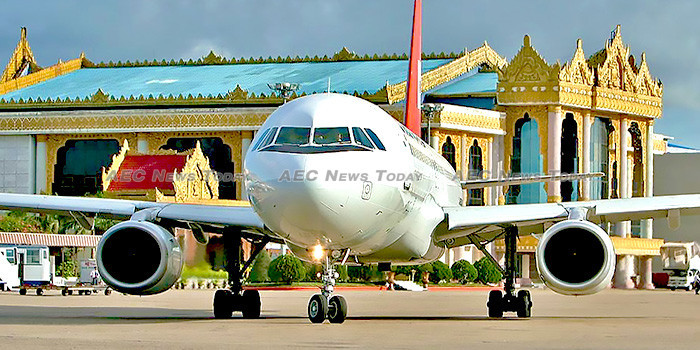 India’s largest passenger airline, IndiGo, has commenced daily passenger flights between Kolkata and Yangon, Myanmar, vowing it is just the first of more to come.

The first IndiGo flight from Kolkata, the capital of India’s West Bengal state, touched down in Yangon on September 20, bringing to 33 the number of international destinations operated by 34 international airlines from Yangon International Airport (YIA).

The daily IndiGo flight between Kolkata and Yangon will utilise an Airbus A320 capable of accommodating 180 passengers and take between two to two-and-a-half hours each way.

The new flight aims to cater to both commercial passengers, as well as Buddhist pilgrims from Myanmar visiting sacred sites in India such as Bodha Gaya. For Indian pilgrims the new flight will provide convenient access to monasteries including the Shwedagon Pagoda, and Bagan, recently designated as a Unesco World Heritage Site, among others.

IndiGo plans to add “as much as we can”

Welcoming the arrival of the first flight, Mr Kyaw Myo said “we are very confident that IndiGo will contribute to the development of tourism, as well as trade and commerce between India and Myanmar”.

Indicating that IndiGo sees a lucrative market in Myanmar, its chief commercial officer, William Boulter, said that the first daily service will not be the airline’s last foray into Myanamar.

“For the convenience of every passenger flying with IndiGo we started our operation with a daily schedule, but don’t think it will be our only flight; we will be adding as much as we can”.

Recently Myanamar’s Ministry of Hotels and Tourism extended its visa-on-arrival scheme for Indian (and Chinese) passport holders through until November 2020. According to the ministry some 60,000 Indians visited visited Myanmar last year.

Speaking at seminar in Yangon last year India’s India’s Tourism Ministry secretary, Rashmi Verma, said that in 2017 more than 50,000 Burmese pilgrims went to India, a 10 per cent increase on the year prior spurred, she said by the introduction of a visa-free scheme by the Indian government in September 2017.

“The number 50,000 is not really large, but we see a lot of potential as electronic visas and free visas are easy to get”, Ms Verma said, adding, “better air and land connections between the two countries will also increase traffic”.

Earlier this year Myanmar Ministry of Hotels and Tourism announced that some 3.55 million foreign tourists visited Myanmar in 2018, a 3.15 per cent increase over the 3.44 million in 2017, injecting $1.9 billion into the economy.

With almost 70,000 rooms available for rent, tourists from India and China are being viewed to invigorate a sector that has suffered heavily as a result of the 2017 Rakhine State violence and resulting Rohingya genocide.

An Indian low-cost carrier, IndiGo operates a fleet of 240 aircraft with scheduled services to 58 domestic destinations and 22 international. In 2018 YACL, who first tempted IndiGo to commence the service during a roadshow in Kolkata in June, served some 6.035 million passengers through YIA in 2018.

The last frontier: Get the low-down on investing in Puerto Princesa in Manila, Sept 25