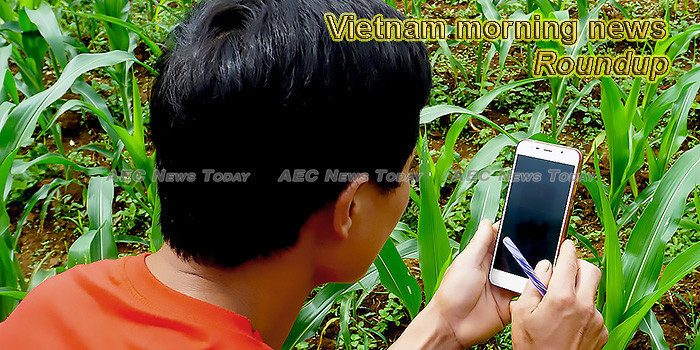 Cambodia Strengthens Tourism Cooperation With Thailand, Vietnam
Cambodia will further strengthen its tourism sector cooperation with Thailand and Vietnam as the country seeks to attract ten million international tourists in 2025 and up to 15 million in 2030. These numbers should be reached from 5.6 million international tourists last year, which translated in earnings of $3.6 billion or 12 per cent of the country’s GDP.
— Investvine

Vietcombank files for private issue of 360 million shares
Vietnam’s State Securities Commission has received an application from Vietcombank for a private placement of shares worth over $156.5 million.
— VnExpress

Shopee becomes top e-commerce player in Vietnam by traffic in Q3
The competition was growing fierce in Vietnam’s e-commerce market, which is anticipated to reach US$10 billion by 2022.
— Vietnam Insider

Imports of clothing materials see strong growth
Vietnam recorded strong growth in imports of materials for the textile and garment industry in the first nine months of 2018, according to statistics by the Ministry of Industry and Trade.
— VietnamPlus

HCM City announces seven groups of key products
The People’s Committee of Ho Chi Minh City on October 20 announced seven groups of its key industrial and agricultural products in the 2018-2020 period, which are expected to develop into strong brands to participate in global value chains.
— Nhan Dan Online

Samsung refutes rumors on shifting production from Vietnam to N.Korea
In response to Hanoitimes’ request for comment, a spokesperson of Samsung Electronics Vietnam said the company “does not comment on rumors and personal speculation.”
— The Hanoi Times

Speculators inflate housing prices: MoC
Housing prices in Viet Nam lack stability and are inflated beyond most citizens’ ability to afford them, according to the Ministry of Construction’s report submitted to the 14th National Assembly.
— Bizhub

Taxi or not? Vietnam debate rages over Grab status
Transport authorities and taxi associations have reiterated that ride-hailing firm Grab should be treated as a taxi service, but experts disagree.
— VnExpress

Ministry considers removing mobile phone promotion cap
The Ministry of Information and Communications is considering a proposal from telecom providers to remove the ceiling promotion rate of 20 per cent for pre-paid subscribers.
— Bizhub

Hanoi aims for more social housing by 2020
Hanoi’s property market will have more supply of social housing products for low-income people by 2020 in order to address the paucity of those products on the market combined with the over-supply of commercial houses.
— VietnamPlus

Will Vietnam toe US line on South China Sea?
China and Southeast Asian nations including Vietnam have over the past couple of years reached fundamental consensus on maintaining the stability of the South China Sea.
— Global Times