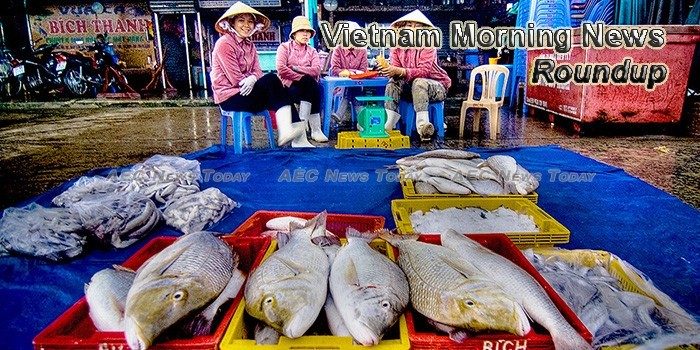 Vietnam economy grows at best rate in a decade
Vietnam’s economy saw its strongest first-quarter growth in a decade, data showed on Thursday (Mar 29), driven by a surge in electronics manufacturing and exports.
— Channel NewsAsia

Vietnam has huge potential in franchising: experts
Many international and regional brands will enter Viet Nam’s retail and franchise sector in the coming years, according to experts taking part in Viet Nam Retail and Franchise Conference held in HCM City on Wednesday.
— Bizhub

U.S. delivers more patrol boats to Vietnam amid deepening security ties
The United States has given six patrol boats to the Vietnamese Coast Guard, the U.S. embassy in Hanoi said on Thursday, amid warming ties between the former foes.
— Business Insider

China becomes number one fruit and veg export market for Vietnam
According to the Vietnam Economic Paper the export value of Vietnamese fruit and vegetables was 790 million USD in the period from January 1st to March 15th.
— Fresh Plaza

Agriculture sector earns nearly US$9 billion from exports
The agriculture sector has shown optimistic performance right at first months of the year, posting a US$8.7 billion export value of agriculture, forestry and fishery products in the first quarter.
— The Hanoi Times

Colossal Vietnam-produced container cranes shipped to India
A shipment of giant ship-to-shore cranes developed by a Vietnamese company began their journey to an Indian port on Wednesday as part of a multi-crane contract between the firm and its foreign partner.
— Tuoi Tre

How Vietnam Changed Journalism
When I first got to Saigon as a journalist, in 1963, I took it for granted that American policy to counter Communist expansion into the southern part of Vietnam was the right thing to do.
— New York Times