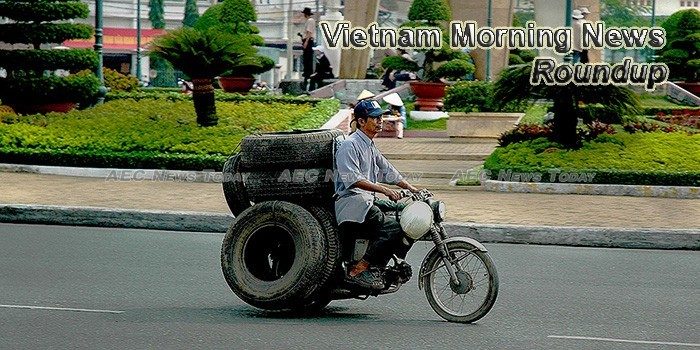 E-commerce grows but taxes hard to collect
Experts have recommended amending e-commerce regulations that would allow authorities to better manage and collect tax as well as develop the sector.
— Bizhub

Abundant credit supply for real estate projects
Although real estate developers can raise funds in many ways, credit from commercial lenders is still the largest source of capital in Vietnam. Bank credit has indeed helped revive the real estate sector in recent years and this trend is expected to continue in the upcoming future.
— VietnamNet Bridge

Vietnam and India strengthen defence ties on state visit
AS CHINA rises, Vietnam is mapping out a strategy to partner with India in an effort to protect freedom of navigation and unimpeded trade in the Indo-Pacific region.
— The Nation