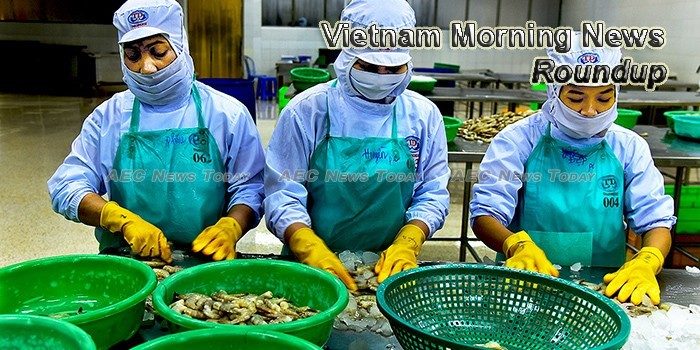 Private sector to contribute 65% to Vietnam’s GDP by 2020
The Government is taking a series of strong reforms in a move to increase the contribution of the private sector to 65 percent of the country’s gross domestic product (GDP) by 2020.
— The Hanoi Times

Govt seeks more non-cash payments for public services
The Government has set itself a target of collecting 80 percent of tax payments in cities through banks and enabling treasuries in all provinces and cities to have cashless payment systems by 2020.
— Bizhub

Vietnam bar owner said to have arranged meeting of suspects in Kim Jong Nam killing
A Vietnamese bar owner was asked to act in a video prank show by a man wanted for the killing of Kim Jong Nam, the North Korean leader’s half-brother, but declined the offer, a Malaysian court heard on Wednesday.
— Business Insider

New US import tariffs will have ‘minor’ impact on Vietnam’s economic growth: official
Vietnam’s economy will grow at a faster pace in 2018 than it did last year when it hit a 10-year high, with U.S. President Trump’s new tariffs expected only to have a “minor” impact on growth, said a senior government official.
— VnExpress

Registration open for ‘Start-up Francophone’ contest
Young people from Viet Nam, Laos, Cambodia and Thailand are invited to take part in the “Start-up Francophone 2018” competition, which will be open from March to September.
— Viet Nam News