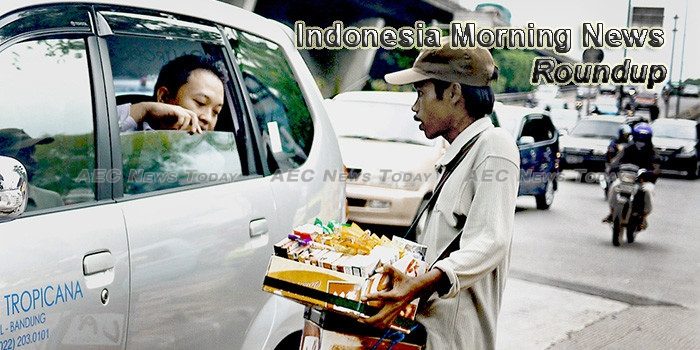 Slow Death of Jakarta’s Brick-and-Mortar Stores
A survey by the Association of Indonesian Internet Service Providers, or APJII, shows that more than half of Indonesia’s 256.2 million people use the internet regularly and many of them use it to make purchases, for everything from books to pets, from “olshop,” the local abbreviation for online shops.
— Jakarta Globe

Workers at Freeport Indonesia’s Grasberg Mine Extend Strike for Fourth Month
An estimated 5,000 workers at the giant Grasberg copper mine operated by Freeport-McMoRan’s Indonesian unit will extend their strike for a fourth month, a union official said on Friday (21/07), in an ongoing dispute over layoffs and employment terms.
— Jakarta Globe

House Approves Election Bill That Will Test Indonesia’s Democracy
After a long plenary meeting, the House of Representatives on Thursday evening (20/07) finally approved an overdue election bill, which will serve as a legal basis for the 2019 presidential vote.
— Jakarta Globe

Indonesia central bank’s decision puzzles analysts
Bank Indonesia blamed a swearing-in ceremony at the nation’s financial regulator for the delay of its interest-rate announcement to close to midnight in Jakarta on Thursday.
— Business Mirror

Underaged Marriage Still High in Indonesia
Dian Kartikasari, Secretary General of the Indonesian Women’s Coalition, says that the marriage rate of children or those under 18 years old is still high.
— Netral News

The Problem of Economic Inequality
In the past, ‘gini ratio’ or ‘gini coefficient’ was a term used mostly by economists, development planners and some government officials. But now, many others in the country also use such terms, including those not trained enough in economic matters, who have the impression of trying to look more ‘fashionable’ in public debates.
— Global Indonesian Voices

KPAI: Indonesia is under Child Protection Emergency, State Must Present
In welcoming the commemoration of the National Children Day celebrated on July 23, which is also celebrated today, a number of related institutions urged the government to present when children experience violence in various forms.
— Netral News