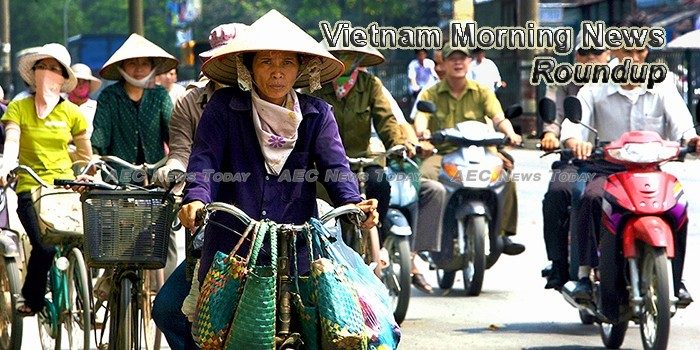 MWG deal under scrutiny by competition authority
Mobile World Group (MWG) has just announced completing the acquisition of a 95 per cent controlling stake in Tran Anh (TAG). However, MWG’s resulting market share, as the company already held 30 per cent before the deal, could cause legal issues, blocking the corporation’s designs of expansion.
— VietnamNet Bridge

Aquatic export estimated at 8.5 billion USD in 2018
The Ministry of Agriculture and Rural Development’s Directorate of Fisheries has said it will strive to earn an export value of aquatic products of 8.5 billion USD this year, up 1.2 percent annually.
— VietnamPlus

VNPT to restructure sub-units
The Vietnam Post and Telecommunications Group (VNPT) will re-arrange the organisation of its sub-units in 2018-2020.
— VietnamNet Bridge

An IT expert promotes ‘smartphone farming’
An IT engineer in central Viet Nam is demonstrating the value of hydroculture as an effective way to build climate change resilience in the storm-prone region, Hoài Nam reports.
— Viet Nam News

Budget deficit target set at 3.7% of GDP
The Ministry of Finance (MoF) expects to keep this year’s State Budget deficit at 3.7 per cent of the GDP, below the 3.9 per cent mandated by the National Assembly.
— Viet Nam News

Future looks bright for local banks
Business performance of commercial banks is forecast to continue its upward trend in 2018 after making significant improvements last year, according to a State Bank of Viet Nam (SBV) survey.
— Bizhub

Economists predict bright outlook for Vietnam in 2018
The sky is bright for Vietnam’s economy but the country urgently needs to work on underlying issues like low productivity and poor infrastructure.
— VnExpress