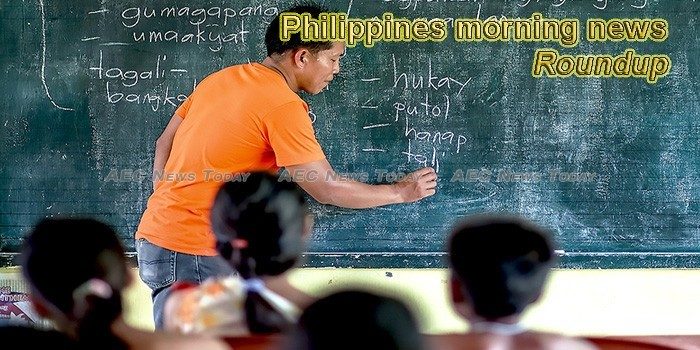 House OKs bill creating disaster resilience agency
THE House of Representatives (HOR) has approved on third reading a bill mandating the setting up of the Department of Disaster Resilience (DDR), which is expected to improve the government’s capacity for disaster-risk reduction and management.
— Business Mirror

U.S., PHILIPPINES TO INCREASE JOINT MILITARY ACTIVITIES DESPITE DUTERTE’S PROMISE TO PUSH OUT AMERICAN TROOPS
Ties between the U.S. military and that of the Philippines are set to increase next year, despite previous pledges from the nation’s President Rodrigo Duterte to curb relations with American forces.
— Newsweek

Megawide approves P2-B share buyback program
MEGAWIDE Construction Corp. on Monday said it will be buying back P2 billion worth of shares from the stock exchange in the next two years.
— BusinessWorld Online

The sins of President Duterte
In another rambling, indulgent, unprofessional speech before an audience of newly certified professionals, the President last Thursday took aim at the usual targets and then trained his sights on, well, himself.
— Philippine Daily Inquirer

Islamic State fighters return to Mindanao
Battle-hardened Islamic State (IS) fighters fleeing lost territory in Syria and Iraq have returned to Mindanao to try to establish a province for the jihadi group in Southeast Asia, the Washington Times reported on Sunday.
— Philippine Daily Inquirer