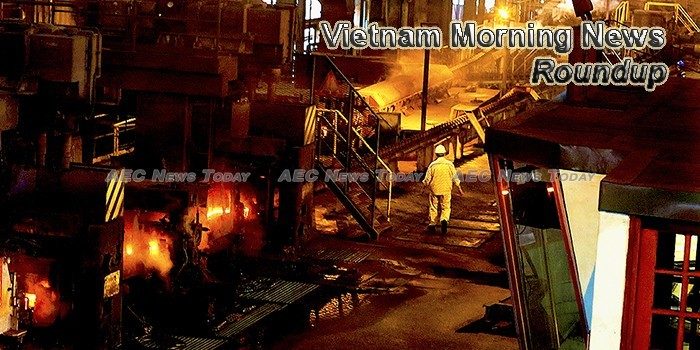 Bright economy dimmed by public debt: report
Viet Nam experienced a relatively stable macroeconomic situation in 2017, in accordance with general global economic trends, but experts warned there will be obstacles to maintaining such momentum in the turbulent environment of 2018, according to a report by the Vietnam Institute for Economic and Policy Research (VEPR).
— Bizhub

Toyota and Honda suspend exports to Vietnam
Toyota Motor and Honda Motor have suspended exports to Vietnam since the beginning of the year following the implementation of a rule that requires stringent checks on imported vehicles, a move viewed as protectionism by industry officials.
— Nikkei Asian Review

Experts decry Vietnam’s risky coal compulsions
With Vietnam planning to signigicantly increase its number of coal plants over the next decade, potentially posing great risks to the environment, international experts have advised the country to work on a cleaner path forward.
— VietnamNet Bridge

Supermarkets develop own brands
From the many cooking oils on a shelf at Co.opmart Ðinh Tiên Hoàng supermarket, Nguy?n Thanh Trúc of District 1 has picked a 2l bottle of Co.opmart soya cooking oil.
— Viet Nam News

Investment in startups expanded
More than 300 enterprises have been certified as science-technology firms, along with 43 organisations recognised to operate in high technology area, according to the Ministry of Science and Technology.
— VietnamPlus

All consumer sectors should do well in Vietnam till 2020: Chris Freund, Mekong Capital
Mekong Capital, the first private equity firm in Vietnam founded in 2001, is placing its bets on consumer-focussed sectors among top themes to watch out for in the south-east Asian country up to 2020.
— DealStreetAsia

Risks cloud Vietnam outlook: researcher says
VIETNAM experienced a relatively stable macroeconomic situation in 2017, in accordance with general global economic trends, but experts warned there will be obstacles to maintaining such momentum in the turbulent environment of 2018, according to a report by the Vietnam Institute for Economic and Policy Research (VEPR).
— The Nation