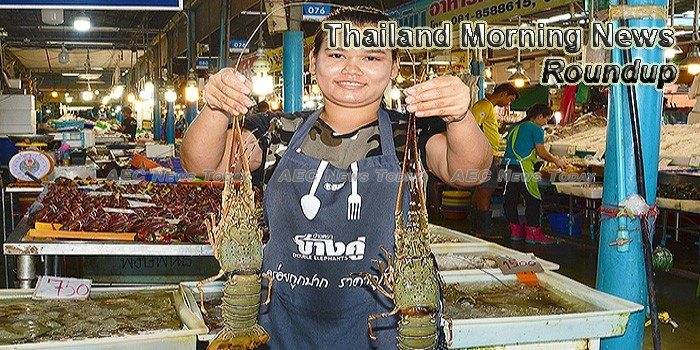 Fund probe finds no colluders
The probe into an embezzlement scandal involving the Sema Phatthana Chiwit Fund will be concluded by Songkran or the end of April at the latest, Education Minister Teerakiat Jareonsettasin said Wednesday.
— Bangkok Post

Fishermen long for justice as Thailand comes under U.N. scrutiny
Sold to a boat operator in Thailand for 6,000 baht ($192) two years ago, Win from Myanmar worked as a fisherman until he lost his forearm in an accident on the vessel this year.
— Reuters

Forget him not: 1 year without truth in the death of young Lahu activist
His lawyer and brother speak out about the difficulties in the investigation into the death, about a community in fear and about a family grievously hurt as last March 17th marked the first anniversary of a soldier shooting dead Lahu activist Chaiyaphum Pasae, accusing him of smuggling drugs.
— Prachatai English

Forest court, housing get green light
Army chief Chalermchai Sitthisad has given the green light for the construction of the new Region 5 Court of Appeal office and housing for judicial employees at the foot of Doi Suthep National Park in Chiang Mai to continue, saying the project does not encroach on the forest or violate any laws.
— Bangkok Post

NACC is expected to rule on the wristwatch and diamond ring controversy March 29
The National Anti-Corruption Commission (NACC) is due to decide on the controversy concerning Deputy Prime Minister Prawit Wongsuwon’s expensive wristwatches and a diamond ring Thursday afternoon (March 29).
— Thai PBS

‘Impossible goals’ set for parties to organise
A JUNTA order setting the schedule for political parties in preparation for the upcoming election could be a problem rather than a solution, as political parties yesterday voiced concerns over difficulties and confusion related to their activities.
— The Nation

Ageing society prompts ministry tax review
The Finance Ministry is studying a revamp of the tax structure by raising the ratio of asset- and consumption-based taxes because income-based ones, which dominate revenue contributions, are expected to decline as Thailand becomes an aged society.
— Bangkok Post

True taking IoT nationwide
True Corporation is flexing its muscle in Internet of Things (IoT) services through the launch of a Narrowband IoT (NB-IoT) network that covers every major province and is scheduled to expand to all provinces nationwide by May this year.
— Bangkok Post

Saha Pathanapibul banks on partners
SAHA Pathanapibul Plc, one of Thailand’s largest trading conglomerates, yesterday officially announced a partnership programme under which it can help wholesalers and retailers move into the emerging area of online business-to-business transactions.
— The Nation

Police reform plan ready for PM’s consideration
The police reform plan has been completed and will be presented to the Prime Minister this week, while the deliberation process is expected to take over a year before implementation.
— NNT

ICOs get 30 extra days to inform SEC
A draft version of a royal decree regulating transactions related to digital assets will grant issuers of initial coin offerings (ICOs) 90 days to inform the Securities and Exchange Commission (SEC) of their plans before the law takes effect.
— Bangkok Post

NCPO asks NBTC to reconsider its request
Thailand’s National Council for Peace and Order (NCPO) has asked the National Broadcasting and Telecommunications Commission (NBTC) to reconsider its request for Article 44 of the temporary constitution to be used to provide reparations to digital television channel operators, saying it should more thoroughly consider if the call is in the best interests of the public and whether or not it would benefit private entities.
— NNT

Patong and Kamala Number One in Hotels.com survey
The recent Hotel Price Index from Hotels.com revealed that Kathu District, where Patong and Kamala beaches are located, is among the top five destinations for low cost 5-star accommodation among global travellers in 2017.
— The Thaiger