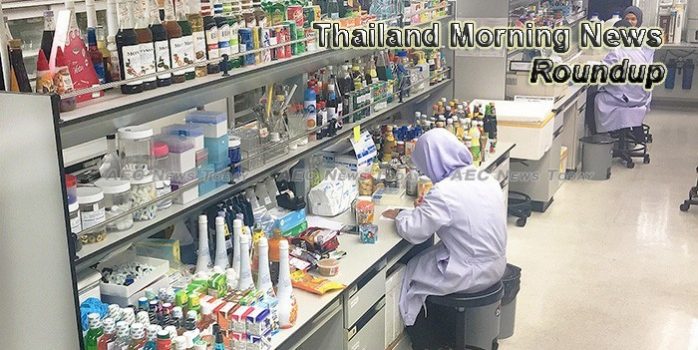 This may be as good as it gets for Thailand
Thailand’s military government can look to 2017 for the economy’s best performance in five years but the strength of the recovery is expected to wane.
— The Malaysia Reserve

Prayut ‘no longer a soldier’
Prime Minister Prayut Chan-o-cha declared openly for the first time Wednesday that he is no longer a soldier and is a politician, though he said he felt compelled to become premier out of a sense of responsibility.
— Bangkok Post

Drunk driving cases clog courts
MOST CONVICTS put on probation by courts between last Thursday and this Tuesday were punished for drunk driving.
— The Nation

Thailand donates $200,000 to aid Rohingya refugees
The Royal Thai Government has donated $200,000 for the Rohingya refugees who have fled violence in Myanmar’s Rakhine state for safety in Bangladesh.
— Dhaka Tribune

Bhiraj REIT to raise up to $159m; Asia Biomass files for IPO
Bhiraj Office REIT has announced its trust units’ price at 10 baht each to mobilise up to $159 million. Asia Biomass is to sell 25 per cent of its registered capital via IPO.
— Deal Street Asia

Disabled foreigners to get tax break
The cabinet has approved in principle a draft ministerial regulation that will grant tax exemptions for non-Thai taxpayers with disabilities, worth up to 190,000 baht in their personal income tax assessment.
— Bangkok Post

PM Prayut denies NCPO’s alleged attempt to delay election
The Prime Minister has denied claims that the National Council for Peace and Order has been attempting to delay the planned general election.
— NNT

Commerce Ministry unveils goals for 2018
The Ministry of Commerce has announced its goals for 2018, focusing on mobilizing urgent policies to boost the economy and reduce the cost of living.
— News Today (video)

Inflation edges up 0.66% in 2017
The Ministry of Commerce has indicated that inflation in December 2017 decreased from the previous month but the annual average was 0.66 percent higher year-on-year.
— NNT