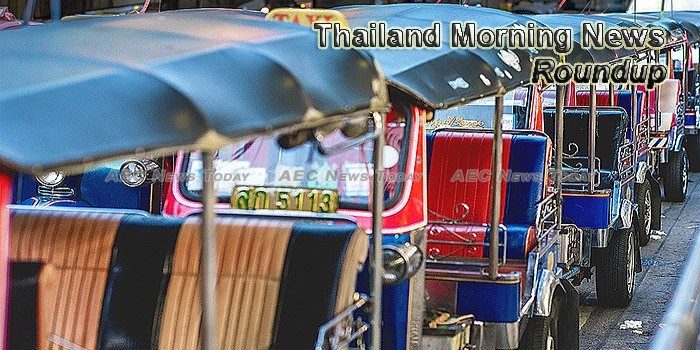 Auto production ‘set to skyrocket’ in 2018
The Federation of Thai Industries (FTI) is confident the country’s automotive output will hit the 2-million-unit mark this year — a level last reached five years ago.
— Bangkok Post

Spending surge in Dec 2017 drives up industrial sentiment
The Thai Industrial Sentiment Index (TISI) edged up in December last year, thanks to increased sales of gifts and automobiles during the year-end season.
— NNT

Commerce to meet producers of sugar-based food and drinks to lower prices
The Ministry of Commerce will have a meeting with manufacturers of sugar and sugar-based products within this month to have them lower their prices after the government announced price float for sugar.
— Thai PBS

Science Ministry announces successful creation of a monocoque electric city bus
The Ministry of Science and Technology has joined the Thai Machinery Association in announcing success in developing a Monocoque Electric Bus design that can be manufactured domestically.
— News Today (video)

KBank plans buffer for SME loans
Kasikornbank (KBank) is required to set aside larger loan impairment charges for its small and medium-sized enterprise (SME) loans in compliance with the International Financial Reporting Standard 9 (IFRS9), which requires lenders to have larger reserves and earlier recognition of credit losses.
— Bangkok Post

Muang Thai Life banks on regional growth
MUANG Thai Life Assurance Plc plans to deepen its presence in regional markets with a focus on Myanmar, Indonesia, Malaysia and the Philippines.
— The Nation

BMA under fire for ‘inaction over dust pollution’
A city councillor has accused the Bangkok Metropolitan Administration (BMA) of being weak in its efforts to curb potentially harmful ultra-fine dust levels in the city.
— Bangkok Post

Agency instructed to conduct study on integration of master motorway plans
THE MINISTRY of Transport has instructed the Office of Transport and Traffic Policy and Planning (OTP) to conduct a study on how to integrate the motorway development master plan of the Department of Highways (DOH) and the expressway master plan of the Expressway Authority of Thailand (Exat) to prevent possible redundant route development and ensure their route connection.
— The Nation

ETDA to splash out Bt535m in digital drive
THE Electronic Transactions Development Agency (ETDA) will spend Bt535 million on initiatives this year that will promote the development of the e-commerce sector and digital content and bolster cybersecurity in the country.
— The Nation

TAT highlights Thailand’s “Unbeatable Geographic Advantage”
The Tourism Authority of Thailand (TAT) has highlighted Thailand’s “unbeatable geographic location” at the heart of ASEAN and the Asia-Pacific region” as a major reason why visitor arrivals will continue to grow strongly in the years ahead.
— TAT News

Suspected call center scammer nabbed with 26 ATM cards and 18 bank books
Tourist police has arrested an 18-year old Taiwanese suspected to be a member of a call centre scamming gang while he was withdrawing cash from an ATM at a hotel in Huay Kwang district Tuesday night.
— Thai PBS