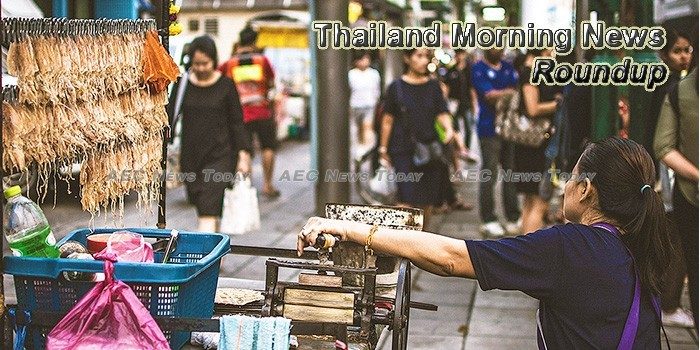 Trafficking probe over 20 victims at parlour
MORE THAN 20 of the 113 women detained by authorities following last Friday’s Department of Investigation (DSI) raid on Victoria Secret’s massage parlour are probably victims of a human trafficking network, according to authorities.
— The Nation

BOI aims to attract Bt720 billion in investment
THE BOARD of Investment (BOI) aims to attract applications for ivestmemts of as much as Bt720 billion this year, up from the Bt600 billion targeted for last year, Deputy Prime Minister Somkid Jatusripitak said yesterday after providing policy guidance to the agency.
— The Nation

Confidence in teachers declines amid Thailand 4.0 challenges
PUBLIC CONFIDENCE in teachers has slightly dropped from 7.71 to 7.69 points in a recent survey, which was conducted to mark the National Teachers’ Day.
— The Nation

Corruption law in Thailand to tighten limits, including those on receiving gifts
In the not-so-distant future, civil servants might find themselves in a tight spot after the new bill on conflict of interest is enacted.
— The Straits Times

367,000 CCTV cameras to be connected by 2019
The Ministry of Defense is determined to link 367,000 closed circuit cameras across Thailand by 2019 for national security and public safety.
— News Today

Govt blitz on foreign buses stirs concern
Songkhla: Authorities have been urged to issue clear guidelines on the use of foreign-registered buses in the southern province of Songkhla following the recent seizure of Malaysian buses in Hat Yai.
— Bangkok Post

Caller-ID spoofing remedy ordered
Telecom service providers have been told to block 50 numbers used by call centre gangs to trick their victims and have been given two months to develop a system to counter caller-ID spoofing via Voice over Internet Protocol (VoIP).
— Bangkok Post