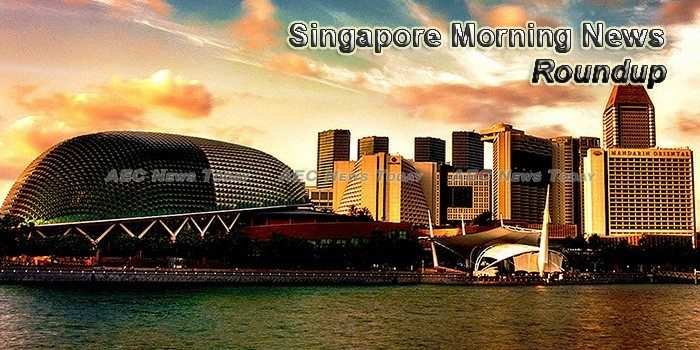 Singapore bank sets up unit to drive in-house AI development
OCBC Bank has set up a new unit dedicated to developing and integrating artificial intelligence (AI) capabilities into its products and services.
— ZDNet

Scientists at NTU Singapore develop lensless imaging technology
The technology can reconstruct images in multiple wavelengths invisible to the naked eye, like infrared and ultraviolet, which are used in imaging purposes for medicine, surveillance and astrophysics.
— Open Gov Asia

Graduate underemployment climbs, causing concern among analysts
An annual survey by the National University of Singapore (NUS), Nanyang Technological University (NTU) and Singapore Management University (SMU) released on 26 Feb shows that the proportion of graduates who secured full-time permanent jobs has plummeted from 79.9 per cent in 2016 to 78.4 per cent in 2017.
— The Independent Singapore

Singapore’s 2018 growth forecast gets an upgrade in MAS survey
Singapore economy watchers see stronger growth and fewer exports amid rising trade protectionism worries, compared with their views in December, according to a Monetary Authority of Singapore survey.
— The Edge Market

Motor insurance claims spike 12% as number of accidents rise to highest since 2008
The motor insurance industry saw its first underwriting loss in seven years in 2017, as an increase in private-hire cars and the use of personal mobility devices such as electronic scooters took its toll on accident rates.
— Channel NewsAsia

Threat to Singapore’s social harmony from online falsehoods raised at Select Committee hearing
Online falsehoods, if left unchecked, have the potential to chip away at, destablise and ultimately destroy the social harmony Singapore has painstakingly nurtured over the past few decades, particularly between different races and religions.
— Channel NewsAsia (video)