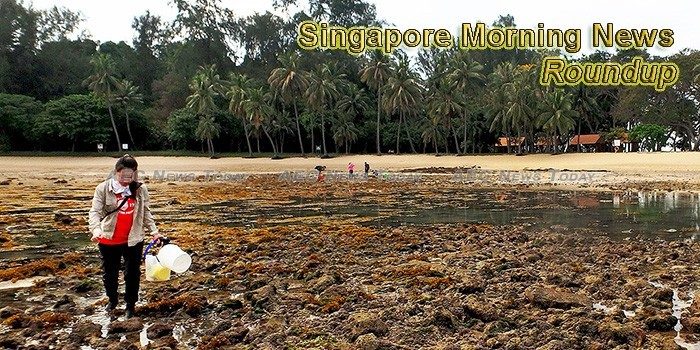 Singapore beats out US and North Korea in this year’s Global Peace Index Rankings
Less than a week to playing host to what could be a groundbreaking summit between two long-held traditional enemies, Singapore has ranked 8th out of 167 countries on its annual Global Peace Index.
— Coconuts Singapore (metered paywall)

Singapore pushes to simplify procurement for SMEs
The Singapore Government is simplifying procurement processes to encourage small and medium companies to work with it.
— Govinsider.asia

Singapore denies Australian entry due to extremist past
Singapore said Thursday that it had refused to allow an Australian once tried on terrorism charges to enter the city-state due to his history of extremism and sent him home to Sydney.
— Tampa Bay Times

Qoo10 is the market leader in Singapore’s e-commerce scene, according to research
Qoo10 has been named the leading player in the Singapore e-commerce market in 2017, beating out established players.
— The Drum

A wake-up call for Singapore’s blockchain companies
From banks to mom-and-pop investors, more players are crowding into the crypto space and this influx is keeping regulators on their toes.
— Tech In Asia

Capella Sentosa: Inside the hotel where Trump and Kim will meet
Hotels aren’t just a place to sleep — they often serve as neutral ground for international meetings and conferences.
— CNN Travel

On green financing, a lack of colour on required standards
Asean will need US$200 billion in green investment from 2016 to 2030, a five-time increase from current levels – and that speaks to the “significant potential” for private capital to enter this space, said a top executive from the Monetary Authority of Singapore (MAS) on Thursday.
— The Business Time

New methods to fight dengue being tested | Video
Making male mosquitoes sterile and using residual insecticides are some of the new ways to fight mosquito-borne diseases that are being tested by scientists.
— Channel NewsAsia (video)

South Koreans in Singapore looking forward to Trump-Kim summit
South Koreans living in Singapore will have ringside seats to how their country’s future could unfold when US President Donald Trump and North Korean leader Kim Jong Un meet here on June 12.
— The Straits Times