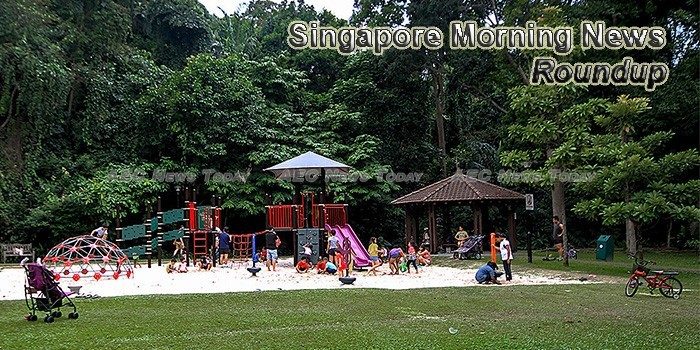 ICA warns of fake website; files police report
The Immigration & Checkpoints Authority (ICA) has warned the public about a fake website operating under its name and has filed a police report.
— Today Online

Singapore Students Place Second in Worldwide Literacy Study
Out of 58 territories, Singaporean students in Primary 4 ranked second overall in a study that shows how well children read. The Progress in International Reading Literacy Study results were published a month ago, and it also showed that Singaporean children are number one in the world when it comes to reading and understanding texts online.
— The Independent Singapore

Healthcare on seniors a ‘big item’ in Budget: Indranee
Spending on services for seniors will be a “big item” in the upcoming Budget, said Senior Minister of State for Finance Indranee Rajah yesterday when she underlined the growing challenge of addressing the needs of Singapore’s rapidly ageing population.
— The New Paper

Shell oil heist: 20 arrests over £6.4m raid in Singapore
Authorities have so far charged 14 of those arrested after uncovering a complex, cross-border plot to steal the oil.
— Sky

Graft penalty pushes Keppel into quarterly loss; full-year gain down 72%
THE one-off financial penalty and related costs arising from the global resolution of the Keppel Offshore & Marine (Keppel O&M) corruption scandal in Brazil has pushed the larger Keppel group into its first quarterly loss since 2003 when it first started quarterly reporting of its results.
— The Business Times

In Singapore, academics leave little time for sports, so this swim star came to America
On the way to an early-morning swim practice in Singapore five years ago, Jing-E Tan’s father, Ken, turned to his sleep-deprived daughter sitting in the passenger seat and voiced his concern.
— Washington Post

SPH inks deal with Samsung to push digital frontiers
Users of new Samsung smartphones, tablets and television sets will soon be able to read digital newspapers on The Straits Times and Lianhe Zaobao apps already downloaded on their devices when they get them.
— The New Paper