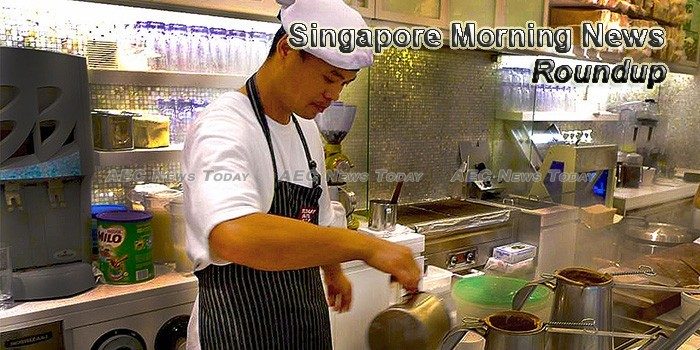 Singapore: Maritime sector road map to create S$4.5 billion in value-add, make over 5,000 new jobs
A new plan has been mapped out to set the course for Singapore’s maritime industry over the next decade.
— Hellenic Shipping News

Why are there so many “elderly” homeless?
I refer to the article “Restaurant owner gives out blankets to those sleeping on Chinatown streets as cool weather continues” (Straits Times, Jan 13).
— The Independent Singapore

Najib in Singapore for annual retreat with PM Lee
PRIME Minister Lee Hsien Loong welcomes his first foreign leader of the new year when his Malaysian counterpart Najib Razak arrives in Singapore on Monday for a two-day visit.
— The Business Times

Amid large amount of e-waste, recycling efforts start in South-west District
Those who do not know what to do with their old, unused gadgets such as laptops and desktop computers can now drop them off at electronic waste bins located in areas such as Bukit Batok and Alexandra where they will be recycled – and even get their data wiped off the devices for peace of mind.
— Today Online

Singapore passport inspires animation on Total Defence
Last year, when it took top spot briefly before Germany reclaimed the mantle in December, students from Orchid Park Secondary School were inspired to portray it in their short animation, Little Red Book.
— The New Paper

Semipublic fund to back Japan bid for Malaysia-Singapore rail line
The government will help a Japanese corporate consortium win a bid for a high-speed rail project straddling Malaysia and Singapore, with plans to provide financial support through a public-private fund.
— Nikkei Asian Review

Singapore maritime authority reports ship sinking in South China Sea, two missing
The Maritime and Port Authority of Singapore (MPA) was quoted by local media on Sunday as saying that a ship sank in South China Sea on Friday, 11 out of 13 crew were rescued and two remained missing.
— Xinhua Net

Employment rate among fresh poly grads dips, but wages rise: Survey
While the median monthly salary has increased for fresh polytechnic graduates, the employment rate for this group has dipped to an all-time low since data was first collected in 2005, based on the latest Graduate Employment Survey by the five polytechnics here.
— Today Online

Home loans get pricier as banks hike interest rates again
HOME loans are getting more expensive as banks jack up mortgage rates again to as high as 2.05 per cent, the second increase in as many months, in line with sharply higher interest rates.
— The Business Times

Singapore Morning News For May 29