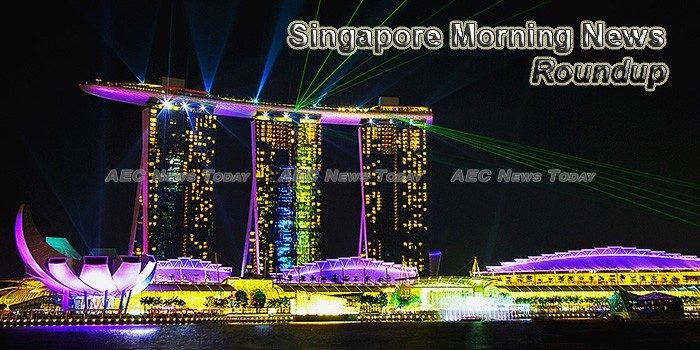 Budget spurs Singapore firms to up-skill for new economy
Singapore’s hard-fought economic transformation is dependent on the ability of its enterprises and people to learn, unlearn and relearn new capabilities and skillsets.
— Asia Times

Singapore manufacturing gets unexpected lift from electronics
Singapore’s factory output surprised by growing at a much faster pace than expected in January as the electronics segment rebounded.
— Nikkei Asian Review (metered paywall)

This country is now tied with Singapore as having the most powerful passport in the world
The super-rich, or those who simply love to travel, have made a trend out of collecting passports— but the new most sought-after one might surprise you.
— Business Insider

No Surprise, Singapore’s PM is Still the Highest Salary Among All World Leaders
In an article published on the website Brightside, the salaries of 13 world leaders were compared, with US President Donald Trump at the bottom of the list, as he only receives $1 per year. At the top of the list is Singapore’s Prime Minister Lee Hsien Loong, who receives $2.2 million a year.
— The Independent Singapore

17 F&B businesses in Singapore commit to sourcing for sustainable palm oil
Singapore has been free from the scourge of haze for the past two years, but at least 17 food and beverage companies here are not taking the clear skies for granted.
— The Straits Times (paywall)

Singapore Myanmar Investco signs deal to develop The Coffee Bean & Tea Leaf brand in Myanmar
MAINBOARD-listed Singapore Myanmar Investco (SMI) announced on Monday that it has secured an exclusive deal to set up and develop The Coffee Bean & Tea Leaf (CBTL) brand in Myanmar, expanding its arrangement with the coffee chain.
— The Business Times

Singapore bike-sharing operator taps NB-IoT to combat indiscriminate parking
SG Bike and M1 are partnering to assess the use of Narrowband Internet of Things (NB-IoT) to more accurately identify the location of bikes and curb errant parking.
— ZDNet

Singapore shipping firm buckles under debt load
A Singapore shipping company rescued by its chairman just over a year ago faces collapse unless the courts step in, a sign that an earlier slump in oil prices is still reverberating.
— Manila Bulletin

Singapore is the best place to live in the world, according to expats
Sunny Singapore topped the charts for the third year in a row in HSBC’s annual expat survey (pdf), just beating out Norway, which climbed four spots from last year to come in a close second.
— Quartz

Shorts Square Off With Analysts Over Marquee Singapore Startup
Sea Ltd., operator of Southeast Asia’s biggest gaming platform, has had a rough start as a public company.
— Bloomberg

Samsung debuts Trade Up app for S9 trade-ins in Singapore
Hankering for the new Galaxy S9 after yesterday’s announcement? In the US, UK, Australia and China, Samsung has a trade-in program that will help you pay for it.
— CNET