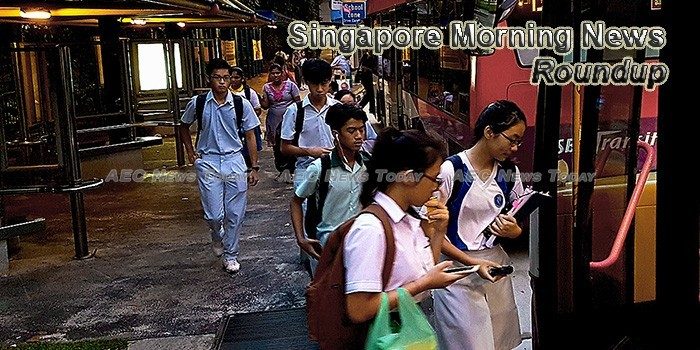 Singapore’s Whole-of-Government approach to strengthen IT governance within the public sector
The Second Report of the Public Accounts Committee of Singapore was presented to Parliament yesterday. The Committee considered the Report of the Auditor-General for the financial year 2016/17. One of the common themes in the report was certain weaknesses in IT controls across public sector agencies.
— OpenGov

Owners of unregistered or non-compliant e-bikes to face fines, jail terms from Feb 1
E-bike owners who have not registered their vehicles or continue to use non-compliant bikes could face hefty fines and jail sentences from Thursday (Feb 1), when new regulations kick in.
— Today Online

NTU scientists invent editable fabric-like power source for use in wearable electronic devices
When the editable supercapacitor was paired with a sensor and placed on the human elbow, it performed better than existing stretchable supercapacitors, providing a stable stream of signals even when the arm was swinging.
— OpenGov

What lessons can be learned from Singapore’s religious regulatory framework?
In the last year, several cases of abuse perpetrated by Muslim religious figures have been widely discussed in Western Muslim communities. It is not relevant to comment too deeply on those cases in terms of specifics, that requires investigations that others are carrying out, but these examples brought up an interesting question.
— The National

Singapore has great restaurants, too bad it’s also stressful and unexciting: Time Out poll
Oh dear, it’s official – Singapore is one of the most unexciting cities in the world.
Not only that. It’s also a city of unhappy, sleep-deprived and stressed-out folks, a new global poll has found.
— Business Insider

ElderShield should be compulsory; people should start paying premiums at age 30, not 40 – Govt committee
The Government committee reviewing severe disability insurance scheme, ElderShield, has recommended that individuals should start paying premiums at age 30 instead of 40 and that coverage should be made compulsory, even for those with pre-exisiting disabilities.
— The Independent Singapore

In Singapore, Up to Forty Percent of Coffee Makers Are Full of Cockroaches
The southeast Asian city state of Singapore has a reputation for impeccable cleanliness, thanks in part to stringent anti-littering laws that have occasionally made international headlines. But no measure of precaution is enough to prevent some truly gross goings-on in many of the country’s coffee machines.
— Extra Crispy

Heng identifies next phase after industry road maps
Once the 23 transformation road maps have been rolled out for specific industries, the focus should then turn to looking at possible overlaps between sectors, said Finance Minister Heng Swee Keat.
— The Independent Singapore

Digitalisation at Singapore Army’s enhanced Mobilisation and Equipping Centre enables faster processing
A single scan of the NSman’s identification card at the self-service kiosk will register his particulars into both the Auto-Identification Enabled Readiness System (AIDERS) and the E-mobilisation In/Out Processing System (EIOPS) simultaneously.
— OpenGov