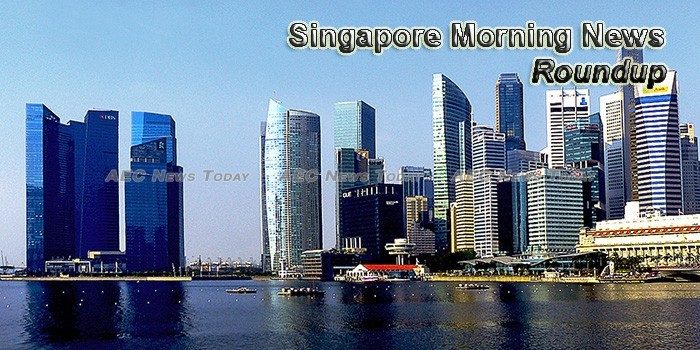 Over 65,000 Facebook users in Singapore may have been affected by Cambridge Analytica data breach
Facebook admitted today that 65,009 Facebook users in Singapore may have had their information “improperly shared” with British political consultancy firm, Cambridge Analytica. These accounts are among the up to 87 million Facebook accounts worldwide that have been affected by the unprecedented data breach that has gripped headlines around the world.
— The Independent Singapore

Good design thinking ‘critical’ in transforming Singapore again: PM Lee
Good design thinking was a key reason for Singapore’s successful journey from third world to first, and it will be critical in the country’s future transformation, for it to remain an outstanding city in the world, Prime Minister Lee Hsien Loong said on Thursday (Apr 5).
— Channel NewsAsia

UN’s top court to revisit Malaysia’s dispute with Singapore over island’s sovereignty
The International Court of Justice said it would hear arguments “concerning the revision of the judgment of 23 May 2008 in the case concerning sovereignty over Pedra Branca/Pulau Batu Puteh.”
— South China Morning Post

Germany’s Burda leads $54 mln funding round for fashion site Zilingo
An investment arm of Germany’s Hubert Burda Media said it had led a $54 million funding round in Zilingo, a fashion-focused marketplace platform founded in 2015 that serves Southeast Asia.
— Reuters

Singapore welcomes a new flash memory fabrication facility
This investment by Micron, alongside others from industry leaders over the past year, underscores the global competitiveness of Singapore’s electronics industry.
— Open Gov Asia

The monstrous scale of plastic bag wastage in Singapore
If each person in Singapore uses 1.6 plastic bags a day, the country would guzzle enough petroleum in a year to drive 8,555 cars round the world.
— Channel NewsAsia

Top 10 e-commerce sites in Singapore 2018
With well-developed infrastructures and a high income, digitally-savvy population, Singapore is a very mature market for e-commerce. Several global and regional websites are fighting tooth and nail for market share, with some local players using their weight in Singapore as a foothold to expand abroad.
— Asean Up

Government monitoring trade spat; Singapore, KL may gain from trade diversion
THE escalating trade tensions between China and the US have sparked concerns among the business community here over the potential impact on global growth.
— The Business Times

Government will ‘progress carefully’ in collecting information while respecting privacy: PM Lee
As Singapore moves towards becoming a Smart Nation, Prime Minister Lee Hsien Loong has stressed the importance of respecting a person’s privacy, while at the same time making full use of information to improve society and people’s lives.
— Channel NewsAsia

Why Singapore’s Central Bank Has No Key Rate
Singapore monetary policy can sound a little back-to-front. While for most countries tighter policy equates to higher borrowing costs, it’s not necessarily the case for the Asian city-state, where interest rates can rise when the central bank is loosening policy.
— Bloomberg

Google introduces new function in Singapore for ‘seamless’ restaurant reservation
Google announced on Thursday (Apr 5) a new feature, Reserve with Google, that will allow Singapore users to book a table at their favourite restaurants directly on Google Maps and Search.
— Channel NewsAsia

Scoot flight returns to Singapore after alleged bomb threat; man arrested
A 41-year-old man has been arrested for allegedly making a false bomb threat on a Scoot flight that was en route to the Thai city of Hat Yai on Thursday (Apr 5).
— Channel NewsAsia

Government monitoring trade spat between US and China
Escalating trade tensions between China and the US have sparked concerns among the business community here over the potential impact on global growth.
— The New Paper

Why Fox and Disney hate Singapore’s little black boxes
Singapore has become the front line in a global fight against rampant piracy of movies, TV shows and sports games.
— CNN

CapitaLand to offer all-in-one e-payment at 17 malls
Developer CapitaLand is partnering leading e-payment players to launch a service that will cover around 2,500 stores in 17 malls across Singapore.
— The New Paper

Singapore researchers develop new ‘pen camera’ for glaucoma detection
Researchers from the Nanyang Technological University and the Singapore Eye Research Institute have developed the GonioPEN for a faster and cheaper method of detecting glaucoma. It uses ​​​​​​​high-resolution camera and LED technology to capture high quality images of the eye.
— Channel NewsAsia (video)