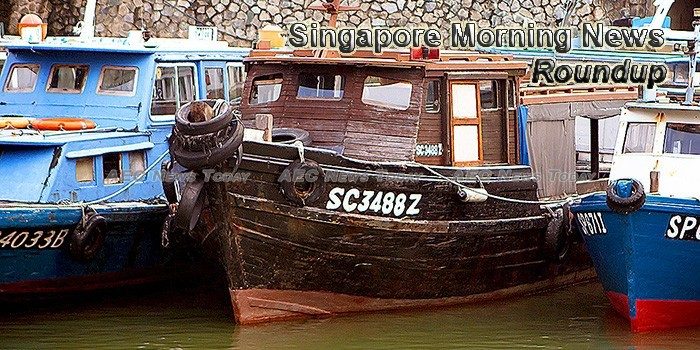 Singapore, Chongqing to set up electronic info-sharing platform
SINGAPORE is working with Chongqing to set up a single electronic window to connect the south-western Chinese city’s economy with Singapore through data and information sharing, said Chan Chun Sing, Minister in the Prime Minister’s Office, on Thursday.
— The Business Times

Singapore Favors ‘Organic’ Policy in Move Toward Open Banking
Singapore wants its lenders to share data with financial technology and other non-bank firms, but doesn’t plan to force the issue, according to a central bank official.
— Bloomberg

Boao and Beyond: Pay Attention to Singapore, Too
China’s Xi wasn’t the only leader to give an important speech at the Boao Forum.
— The Diplomat (paywall)

Ikea offers Malaysian workers in Singapore extra day of leave to head home to vote
To help its Malaysian employees head home for Malaysia’s 14th general election on May 9, Swedish furniture giant Ikea said on Thursday (Apr 12) it would give them an extra day of paid leave.
— Today Online

Singapore’s 4G leadership not just about who will be next PM, but about a capable team: PM Lee Hsien Loong
The issue of who will be Singapore’s next prime minister goes beyond finding the person most suited for the post. More important is having a capable team that can work well together, Prime Minister Lee Hsien Loong said on Thursday (April 12).
— The Straits Times (paywall)

Alibaba brings its one-day global course to Singapore for the first time
E-COMMERCE giant Alibaba brought its one-day Alibaba Global Course (AGC), a series of public lectures on e-commerce and related trends, to Singapore on Thursday.
— The Business Times

Hazy conditions may hit Singapore due to Johor hotspot for second straight day
Parts of Singapore may experience hazy conditions as a hotspot was detected in Johor for the second consecutive day, said the National Environment Agency (NEA) on Thursday (Apr 12).
— Channel NewsAsia

Chan Chun Sing: S’pore SMEs should explore Western China for opportunities
Singapore’s business community is expanding its reach in one of our biggest trading partners.
— Mothership

Low Thia Khiang suggests we should only discuss his plans and his new role in WP CEC at the next General Election
Speaking to reporters at his first Meet-the-People Session (MPS) at 713 Bedok Reservoir Road since stepping down as the Workers’ Party’s secretary-general, veteran opposition politician Low Thia Khiang declined to elaborate on his new role in the party’s Chief Executive Committee (CEC).
— The Independent Singapore

Here to buy bitcoin, Malaysian man is robbed of $365k instead
Mr Pang Joon Hau, believed to be in his 20s, had come to Singapore to purchase bitcoins and contacted a Singaporean broker.
— The New Paper