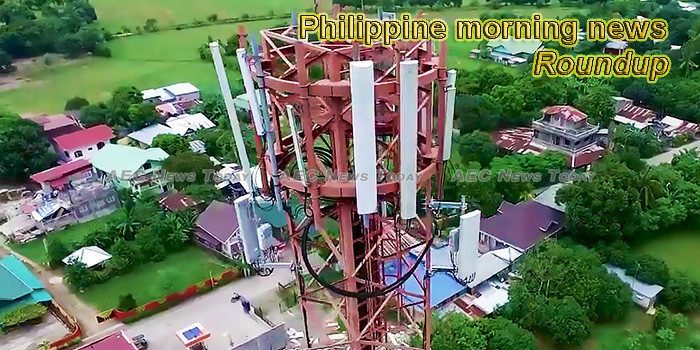 IT investments in ecozones buck downtrend, grow 9%
As investment approvals by the Philippine Economic Zone Authority (PEZA) declined in all industry sectors, the information technology (IT) sector bucked the trend, with investments picking up and posting a nine percent growth in the nine months to September this year.
— The Philippine Star

Budget deficit below ceiling in 9 months despite overspending
The Duterte administration’s budget deficit remained well below ceiling in the first nine-months of the year owing to higher revenue collections amid above-target expenditures, data from the Bureau of the Treasury showed.
— Manila Bulletin

Philippine court rejects Duterte bid to have critic arrested
A Philippine court has rejected a petition by President Rodrigo Duterte’s administration to have his fiercest critic in the Senate arrested, in a legal setback for Duterte that the senator called a victory for democracy.
— Bangkok Post

PHL insurance gap at $4.9 billion
THE PHILIPPINES is one of the countries with the largest insurance gap even as the country is susceptible to natural disasters and effects of climate change, a report from Lloyd’s said.
— BusinessWorld Online

Philippines Scrambles to Find Undersea Energy as Import Prices Hit Consumers
The resource-rich Philippines is doubling up development of its own fuel sources as world oil price hikes hit the largely impoverished population.
— Voice of America

TRAIN misses revenue target on weak VAT
The tax reform for acceleration and inclusion (TRAIN) law failed to deliver to the expected revenues in the first eight months of the year after collections from consumption levy incurred losses instead of income.
— Manila Bulletin

Government trims 2019 revenue target
The inter-agency Development Budget Coordination Committee (DBCC) has trimmed the national government’s 2019 revenue program to P3.159 trillion due to the proposed suspension of the next increase in fuel excise taxes, the Department of Finance (DOF) said yesterday.
— The Philippine Star

Crimes down by 17% in first half of 2018: PNP
Total crime volume in the country decreased during the first six months of this year, the Philippine National Police (PNP) announced on Monday.
— Philippine News Agency

Outrage as Philippines probes farmer ‘massacre’
Philippine authorities said Monday they have launched a probe into the mass slaying of nine farmers gunned down after taking over part of a sugar plantation to grow food for themselves.
— Arab News

P500-K bounty up for NegOcc massacre suspects
A total reward of PHP500,000 has been offered for any information that could lead to the arrest of the suspects in the massacre of sugarcane workers in Sagay City, Negros Occidental on Saturday night.
— Northbound Philippines

How PHL housing industry can attract more foreign capital
JOINT ventures (JV) with foreign players in the low-cost and economic housing sector may help address the housing backlog in the Philippines, according to Pinnacle Real Estate Consulting, Inc.
— BusinessWorld Online

Bidder’s suit against NTC may delay search for 3rd telco: DICT
The Department of Information and Communications Technology (DICT) said on Monday the selection process for the Philippines’ third major telecommunications company may be delayed by a suit lodged by NOW Telecom against the National Telecommunications Commission (NTC).
— ABS-CBN News

QC gov’t junks jail time for ordinance violators
To ease overcrowding in the detention cells of its police stations, the Quezon City government has come up with a new way of dealing with all ordinance violators instead of jailing them outright.
— Philippine Daily Inquirer

Army flags down convoy of workers, peasant in Davao
Close to 600 banana plantation workers and peasants from Compostela Valley province were flagged down by Task Force Davao here Monday afternoon in an attempt to bar the entry of workers in the city.
— Davao Today

SC clears PNP official in 2009 chopper scam
A police official who was sacked for his alleged involvement in irregularities in the purchase of three police helicopters nine years ago has been vindicated after the Supreme Court affirmed the Court of Appeals’ reversal of a resolution of the Office of the Ombudsman dismissing him from the service.
— Northbound Philippines

One Response to "Philippines morning news for October 23"