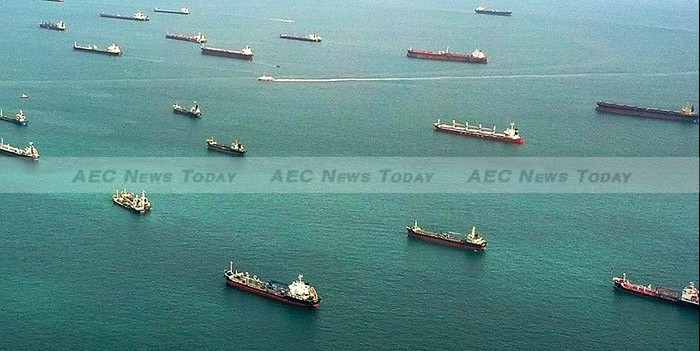 The latest global competitiveness rankings by the World Economic Forum (WEF) showed encouraging trends among Asean nations, with Singapore leading the way and the Philippines showing the greatest improvement from last year.

The 2018 Global Competitiveness Report, published on October 16, lifted the Philippines 12 spots to 56th of a total of 140 countries, based on the WEF’s new methodology applied to both years. Singapore was ranked highest in Asia and was second globally behind the U.S.

The biggest downgrade in Asean went to Vietnam, which dropped three spots to 77th on a low innovation score. Cambodia fell one spot to 110th and Laos dropped two spots to 112th. The WEF had no available data for Myanmar.

The WEF report praised Singapore, saying that the “openness [of the city-state] is the defining feature of this global trading hub and one of the main drivers of its economic success.” Its infrastructure, health and product markets also topped the ranks.

The Philippines drew high marks for its infrastructure improvements such as airport and shipping connectivity. The report noted that the Philippines still needs to enhance education, its product market, as well as its workforce.

This year’s report was hailed by the The Geneva-based WEF as “a milestone in the four-decade history of the series, with the introduction of the new Global Competitiveness Index 4.0”.

According to the WEF website, “the new index sheds light on an emerging set of drivers of productivity and long-term growth in the era of the Fourth Industrial Revolution.”

The Global Competitiveness Index 4.0, as stated on the website, assesses the “microeconomic and macroeconomic foundations of national competitiveness, which is defined as the set of institutions, policies, and factors that determine the level of productivity of a country.”

The WEF was founded by Professor Klaus Schwab, an economist and engineer, in 1971. It was originally called the European Management Forum, and was focused on “how European firms could catch up with US management practices,” according to the group’s website.

“[Schwab] also developed and promoted the ‘stakeholder’ management approach, according to the WEF, which based corporate success on managers taking account of all interests: not merely shareholders, clients and customers, but employees and the communities within which they operate, including government.”

Today, the WEF is best known for its annual meeting held each year in Davos, Switzerland.