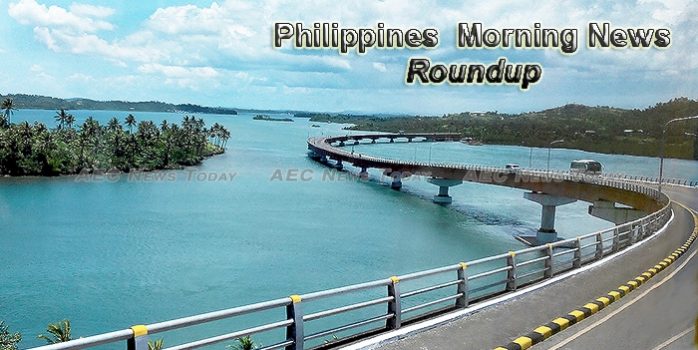 Tax reform seen to push PSEi beyond 8,000
Enacting the tax reform program this year is the key catalyst that would bring the Philippines to a new economic “supercycle” that could lift the main stock barometer beyond the 8,000, the chief of BPI Securities said.
— Philippine Daily Inquirer

Cayetano calls on the government to relaunch the war on drugs
Before a large crowd of President Rodrigo Duterte’s supporters in Rizal Park on Saturday night, Senator Alan Peter Cayetano called on the chief executive and the Philippine National Police (PNP) to relaunch the campaign against illegal drugs.
— GMA News Online

Aguirre: Korean embassy OK with ‘mafia’ probe
JUSTICE Secretary Vitaliano Aguirre 2nd on Sunday said he had “cleared the air” with the Korean embassy, with Seoul’s ambassador to Manila agreeing to a probe into the alleged hand of a Korean mafia in the death of businessman Jee Ick Joo last October.
— Manila Times

Manila’s meth dealers back on streets as cops pull back
PHILIPPINE President Rodrigo R. Duterte’s war on drugs had until three weeks ago driven the trade in crystal methamphetamine underground, according to residents and drug users in some of the slum areas of the nation’s capital city.
— BusinessWorld

As Asean chair, Philippines faces dilemma over what agenda to push
After taking over the chairmanship of the Association of Southeast Asian Nations (Asean) this year, the Philippines has again found itself at the centre of regional politics.
— South China Morning Post

Philippines should adhere to UNCLOS – Del Rosario
The Philippines must be firm in adhering to the United Nations Convention on the Law of the Sea (UNCLOS) and the ruling handed down by an arbitral tribunal, which invalidated China’s claim to the South China Sea, former foreign affairs secretary Albert del Rosario said over the weekend.
— Philippine Star

Save, not spend: Parents want ‘Gen Z’ kids to be money-smart
MAJORITY of Filipino parents are concerned about the financial future of their children, particularly their ability to save and manage money, according to a new study commissioned by Turner Broadcasting System Asia Pacific.
— BusinessWorld