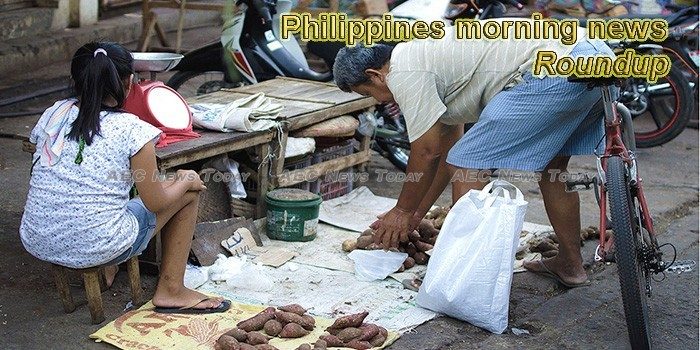 Senate mulls use of P204B Malampaya funds
THE Senate Committee on Energy is considering using the P204 billion Malampaya fund to reduce the universal charge and ease the burden of consumers on their monthly electricity bill.
— The Manila Times

PH Navy prepares for acquisition of submarines
The Philippine Navy (PN) is now conducting market research and doctrine studies on how to fully utilize the submarines it is planning to acquire as part of the efforts to modernize its fleet.
— Philippine News Agency

T-bill rates rise ahead of policy meeting; P15B fully awarded
THE government fully awarded the Treasury bills (T-bill) it offered Monday, with rates climbing across the board, with investors expecting another monetary policy tightening from the Philippine and US central banks.
— BusinessWorld Online

Gov’t works to attract more investments into CAR
The government will continue implementing programs to increase investments to the Cordillera Administrative Region (CAR), which is touted as the fastest growing region, the National Economic and Development Authority (NEDA) said in a report on Monday.
— Philippine News Agency

Philippines raises concern over Chinese radio warnings
The Philippines has expressed concern to China over an increasing number of Chinese radio messages warning Philippine aircraft and ships to stay away from newly fortified islands and other territories in the South China Sea claimed by both countries, officials said Monday.
— ABC News

Progressive groups question timing of revival of murder case against ex-solons
Leaders of left-leaning groups have underlined the coincidence of former President Gloria Macapagal-Arroyo’s rise to House speakership and the release of the arrest orders against former representatives of the Makabayan bloc.
— Inquirer.net

Megaworld to invest P28B in first Bacolod township
MEGAWORLD CORP. is investing P28 billion over the next 10 years to develop its first integrated township in Bacolod City, which is being positioned as a new business district.
— BusinessWorld Online

PH accedes to 6 IMO conventions
The Maritime Industry Authority (Marina) announced that the Philippines deposited instruments of accession to six maritime conventions before the International Maritime Organization (IMO) on April 24 and June 6 of this year.
— The Manila Times

DepEd eyes requiring yearly tree planting for country’s 25 million students
In response to President Duterte’s call to protect the environment in his 3rd State of the Nation Address (SONA), the Department of Education (DepEd) is mulling over the idea of mobilizing and harnessing 25 million students all over the country to each plant one tree every year in schools, communities and other designated areas, such as watersheds, in line with its Makakalikasan (pro-environment) core value.
— Business Mirror

‘Philippines-Russia arms deal not breaching US sanctions’
The Russian Embassy in Manila on Sunday said it is “illogical” to say that the Philippines could breach sanctions imposed by the United States against blacklisted Rosoboron export if it finalized an arms deal with the state-run firm.
— Manilastandard.net

PIDS study bares millions of ‘unpaid’ women agriculture workers in PHL
Despite being one of the best places to be a woman, the Philippines is still home to millions of “unpaid” women farmers, according to a study released by the Philippine Institute for Development Studies (PIDS).
— Business Mirror