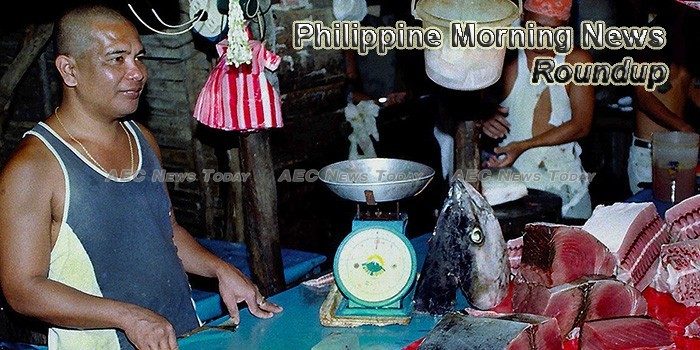 HIV cases rise due to paid sex
Over a hundred more people nationwide are now afflicted with the human immunodeficiency virus (HIV) after engaging in paid sex.
— Philstar

PH’s mobile internet ‘comparable’ to other countries
We write to clarify an important point on the article “Duterte wants telco duopoly broken by March” by Leila Salaverria (12/20/17).
— Philippine Daily Inquirer

Overseas passport applications for 10-year validity surge
Philippine embassies and consulates abroad have reported a surge in the number of applicants for new passports valid for 10 years on its first day of implementation last week.
— Philstar

DOF proposes 15-fold increase in casino entrance fee
The tax research arm of the Department of Finance is proposing to raise the qualifying fee imposed by the Philippine Amusement and Gaming Corp. (Pagcor) on casino entrants to as much as P1,500 from the current fee of P100.
— Philstar

DOF to submit package 2 of tax reform this month
The Department of Finance (DOF) will submit to Congress this January the second package of the government’s Comprehensive Tax Reform Program (CTRP) after the first package was signed into law by President Duterte last month, said Carlos Dominguez III, finance secretary.
— Malaya

Philippines may regain bird flu-free nation status by april–B.A.I.
The Philippines could regain its bird flu-free status by April, a month later than the government’s target date, as authorities experienced delays in sanitizing the affected farm in Cabiao, Nueva Ecija.
— BusinessMirror

Cocaine from suspected Taiwanese freighter washes up in Philippines
A plastic drum packed with cocaine valued millions of dollars washed up on the shores of eastern Philippines in the town of Matnog, as reported by the local media on Friday.
— Taiwan News

House to speed up Cha-cha train
THE House of Representatives may approve this month the concurrent resolution seeking to convene both chambers of Congress into a constituent assembly (con-ass) to introduce amendments to the Constitution, the chair of the House committee on constitutional amendments said yesterday.
— Malaya

The LGBT and Same-Sex Marriage Issues in Philippine Context
Majority of the Filipino people have conflicted views on this sexuality and gender identity-based issue. This level of dysfunction has been agonizing as a result of the friendship and kinship that we have with the LGBT community on one hand versus our social and cultural mores and the moral conviction and creed that we hold on the other hand.
— Zamboanga Today

Travel at your own expense, govt workers told
PRESIDENTAL Communications Secretary Martin Andanar urged officials and personnel of the executive branch to use their own money if they want to travel abroad.
— The Manila Times

Indonesian practices to be included in Philippines’ curriculum
The Philippines will collaborate with Indonesia to enhance Islamic education in the country as part of efforts to counter religious extremism in the aftermath of the occupation of Marawi City by Muslim extremists last year.
— The Jakarta Post

Indonesia morning news for May 19