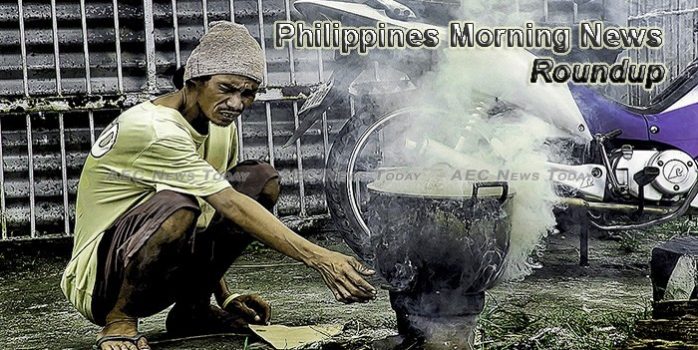 Kuwait orders Philippine ambassador to leave in a week
The Kuwaiti government has ordered the Philippine Ambassador to Kuwait to leave the country in one week. On Wednesday, Kuwait’s Ministry of Foreign Affairs announced that Renato Villa has been notified that he is persona non-grata in the country and ordered him to leave in one week, Kuwait News Agency reported.
— Asia Times

P7M eyed from auction of seized goods
The Bureau of Customs (BOC) is eyeing to generate additional estimated revenues of P7.19 million, as it holds a public auction sale of various goods.
— Malaya

Viral ‘Rescue’ Videos Ignite Dispute Between Philippines And Kuwait
Philippine authorities say they have conveyed to Kuwait their “strong surprise and great displeasure” over the Gulf country’s decision to expel their envoy within a week.
— NPR

Electronic exports up 10% in Jan-Feb
The Philippines’ exports of electronics increased by 10 percent to $5.328 billion (P278.55 billion) in the first two months of 2018 from $4.837 billion (P252.88 billion) a year ago, the Semiconductor and Electronics Industries in the Philippines Foundation Inc. (Seipi) said.
— The Manila Times

Landbank lends P63 billion to farm sector in 2017
The Land Bank of the Philippines has extended P63 billion in loans to farmers and fisherfolks last year.
— Philippine Star

Self-rated poverty declines to record-low 42% in Q1 — SWS
THE share of families self-reporting as poor decreased in the first quarter of 2018 to a record-low 42%, equivalent to 9.8 million families, according to a Social Weather Stations (SWS) report.
— BusinessWorld Online

SPEs for project finance given 25% SBL leeway
Special Purpose Entities (SPEs), either a corporation or a trust, created for project finance undertakings will have its own single borrower’s limit (SBL) equivalent to 25 percent of its net worth, according to the central bank.
— Manila Bulletin

Volvo, Saab, lead Sweden firms eyeing Philippines infra prospects
Swedish companies led by Volvo and Saab are taking a look at the Philippines to provide sustainable solutions to the ongoing efforts to modernize the country’s infrastructure, particularly in setting up a bus rapid system and beefing up security in the country’s airports.
— Philippines Magazine